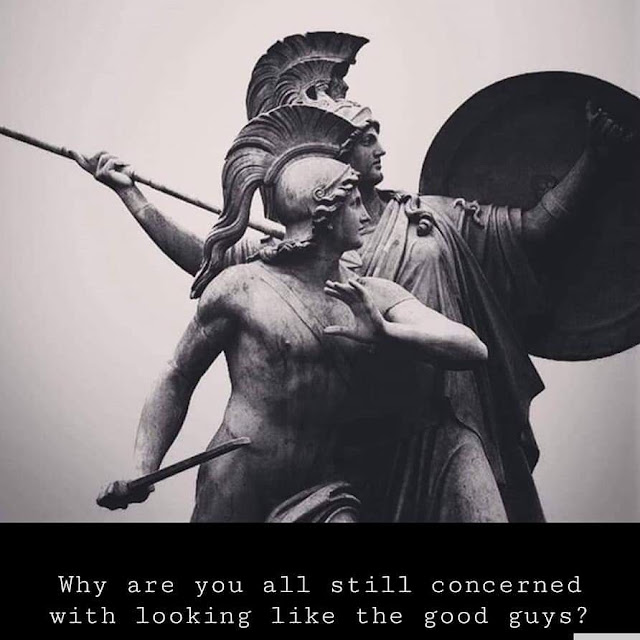 The first time it happened was around the end of 1999. My Mom and my Aunt were busy prepping everything for the holidays, and my older cousin begged to babysit me. Looking back, though there was nothing that indicated what he would do to me, I now find it odd that he showed so much extra attention towards me. In the days prior, when all of the kids played whatever trivial games we dreamed up, he would go out of his way to ruin my fun. I remember one instance where we were playing Heads Up 7-Up or something similar, and though my head was down, he stopped the game and said that I was peeking at the other players, something banned by the rules. "No I didnt!", I protested. "Yeah you did, I seen you!", he'd reply mockingly. My two front teeth stuck out prominently due to a mix of bad genetics and awkward dental work, and I told one of my other cousins, in jest, that I'd gladly trade my teeth for hers. We laughed, until I heard him behind us. "Yeah, great idea, if you want to look like a rabbit.", he spat. Regardless, he approached my Mom and made repeated requests to babysit me. "Oh I dont know", she groaned, overwhelmed by the ponderous list of holiday tasks laid before her. "Please Mom!", I whined, endearing myself to her. "Okay, that's fine.", she conceded. I was excited beyond belief as I lay in bed that night, eagerly planning out everything we'd do. I admired him and the time we spent together, playing video games and watching wrestling. Combining both interests, a family favorite was WWF Attitude. The morning came soon enough, and he was dropped off early. The details of most of the babysitting session are lost to my memory because they were generally unremarkable. All except for one unfortunate instance. We played WWF Attitude and Destruction Derby 2, until he asked if I wanted to play a different game. He led me to our living room, and sat on the couch. He cautioned me that this game was to be our secret, and that if either of us told we'd get in trouble. I promised to remain quiet. With that, he unzipped his pants and slid them down slightly, freeing his penis. Though I never saw it completely, as it was always sheathed in the fabric of his tight white briefs, I can clearly remember the bump of it protruding slightly from his open fly, like a turtle's head cautiously peeking out from under its shell. Once again, some of the details are lost to the mists of my unconscious. What I remember lucidly however, are the sensations. The grainy, dented fabric on the head of his dick as I licked it confusedly. The rank must that clung to it, like a spider to its web, repulsing and deterring me, and the taste of stale urine. After a few minutes, the odd experience ceased. He pulled his pants back up and covered himself once more. I dont recall the rest of the afternoon. Probably more videogames.

The times it happened are strewn haphazardly across my head like confetti, rather than in a neat, straight chronological line. While I'm 100% certain about the validity of the memories themselves, I tend to go by feeling to determine what happened next. I know for a fact, however, that the following time it occurred was at my Grandparent's house. "Hey G, remember the game we played before?", he inquired. "Yeah.", I said simply, still vaguely uneasy, but mostly confused about the experience. "Let's play it again.", he suggested. What was I going to do? I trusted him; he was my big cousin.  When the coast was clear, I followed him into my Grandparent's guest room. It was ornately furnished with a floral bedspread and two large shelves filled to the brim with Beanie Babies, the fabled investment of the 90's. It this instance, it was much the same. He sat down in front of the closet, spread his legs and unzipped his jeans. And I licked. It happened for maybe 10 minutes, then we were done. I believe that it occurred 3 times at my Grandparent's house. I say that tenuously because, once again, there's no order or regimentation to the memories. I just know they happened sometime between Janurary and March of 2000. I have splintered, fractured recollections that I use to delineate a rough timeline. For example, I know that one time before it occurred, the family was in the living room watching the movie "Double Jeopardy", while after another, after he had been picked up by his Mom, I watched Double Dare in the kitchen with my Grandparents. The details in my Grandparent's spare bedroom are distinct and sharp. One time, telling him that I didnt want to do it, he asked what he would have to do to sway my opinion and change my mind. Remembering the wrestling matches we grew up partaking in, I had a simple request. "Body slam me!", I declared innocently. I always had loved it, because it was acrobatic and dangerous, like a free rollercoaster ride. "Okay, but after this you'll do that thing for me. Deal?", he asked. "Yeah!", I replied, impatient and eager for the move. He picked me up and slammed me on the bed in a strange display of brotherly affection. Then, as agreed, I began. Another time, I told him I didnt want to do it, as usual. I know this took place after the body slam moment, because by this point my discomfort and newly acquired negative disposition were becoming intense, as well as apparent to those around me. My 3rd Grade teacher had called my parents in to discuss my sudden withdrawal from socializing, and to comment on the sudden taming and subduing of my normally gregarious, exuberant personality. "What do I have to do to get you to do the thing?", he asked. Even at this age, I was aware of the shifting tides of sexual power. I felt hopeless and trapped, when an idea struck me. Why not make him do to me what he made me do to him? "Lick my dick.", I declared. He looked befuddled, but agreed. I unbuckled the button of my jeans and unzipped my fly, keeping my underwear on, as he specifically requested, and exposed my nascent boyhood. He leaned forward and cautiously flicked his tongue out a few times, pulling back with a disgusted, distasteful look on his round face. "Ew", he said under his breath. And that was it. As per our agreement, I licked his dick again. I remember him offering words of sick encouragement during the lewd act he made me perform. "Yeah, lick the dick", he'd say, grinning while pointing downwards, wrists bent and index fingers extended. Another was, "Yeah, lick it like ice cream.", muttered while I was in the middle of the act. One time, he had me sit on the edge of the bed. I cant remember if he unbuckled my jeans or if I did it myself. Either way, he groped my penis for a few seconds. Retracting his hand, he said to turn around. I did, and, fully clothed, he pressed his crotch into my ass. I remember vividly the distinct feeling of his encumbering bulk crushing me. And that was it for my Grandparent's house. At his house in his room, he led me in one day. I dont remember the exact reason, but the feeling I recall is one of being misled and lied to. He then sat down in front of the door. You know the story by now.