My Path In Physical Culture: Part 1

September 30, 2017
Unlike a growing contingent of “athletes” obsessed with efficiency at the expense of results and productivity, I love to train. In fact, I fucking LIVE to train. The understated ease yet enjoyable difficulty and toil that comes with increasing your work capacity, refining a previously intimidating technique, perfecting the firing of your neuromuscular proficiencies, and simply pumping your limbs full of blood until they are close to bursting all amalgamate to form a potent cocktail that will forever remain unmatched and unsurpassed by any narcotic or liquor. In my opinion, it even beats the height of orgasm at times. Arnold said it first, so by default it can’t be wrong. 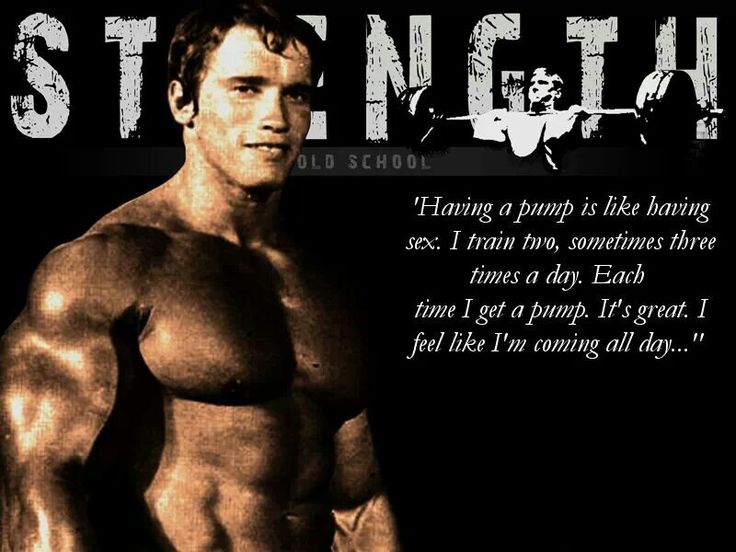 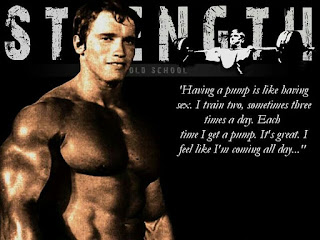 The King has spoken.

It is both the bane and the blessing of every bodybuilder’s existence. It can leave you unfathomably sore and crippled with DOMS after the ecstasy of the experience has subsided, yet, in the moment, you can feel as if you have the body of King Kong. I’m speaking of The Pump of course, when your targeted muscle or muscles, usually the classic pairing of biceps and triceps on arm day, are so engorged with fresh, stimulating blood from your laborious exertions that they are nearly frozen and unlikely to rouse. They swell with transfixing enormity, making movement at the elbow joint nearly impossible at worst, implausible at best. You feel Herculean, possessed of gargantuan strength and lovingly ponderous appendages. You rest; content in the thrashing you’ve delivered to your shoulders, arms, back, chest, or legs. Oh God, those legs. You ravenously devour an imposing meal fit for regality, before retiring to your room to slip into the catatonic hibernation reserved solely for beasts. Morning dawns soon enough, and you awaken, shocked to discover that your prodigious muscles have been transmuted into concrete injected with encumbering sludge. Shaken, you painfully lower your unsteady legs to the ground, running a mental marathon to prepare yourself for the inevitable, unholy suffering of relying on unstable and uncertain thighs and calves as you walk. Your leviathan of a meal demands release, and the true test of the morning, sitting down, beckons. Lord help you, Brother, because Squats work the glutes too. 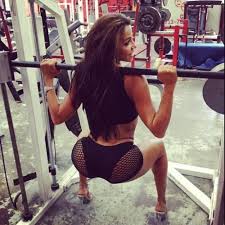 When I began training with determination and purpose at 18, I did so to escape the haunting, echoing remnants of unrequited love. Exercise became my solace, a reprieve from the aching of a young heart still unaccustomed to the suffering the world was capable of inflicting. I remembered well and wisely the wisdom of my first bodybuilding books, presents from my Father. 3 sets of 10 repetitions on the basic exercises, such as Squats, Bent Over Rows, Bicep Curls, Overhead Pressing, and the primadonna of lifts, the Bench Press. Hungrily, I set back in, and, through the majesty of trial, error, sweat, and pain, I reacquainted myself with the lessons the Iron bequeathed upon me in my mid-adolescence.  I witnessed some initial growth, but soon, the ever present demon of overtraining, that accursed and wretched term, reared its unwelcome, offensive head. You can only lift 3 times a week on non-consecutive days, the books warned me. I would be fatigued, overwhelmed and obliterated by the total tonnage, rendered impotent to increase my strength and shape my body as I saw fit. I mwas instructed to stick ardently and monastically to the same basic exercises, unauthorized to command the direction of my training, constrained by the chains of groupthink and an obnoxious resistance to innovation and physical revolution.

It was a crock of shit.

Anyone who exclaims or informs that training isn’t one of the purest forms of self-expression available should be severely reeducated with malicious intent. I consider my regimen on par with my writing in terms of creativity, and the respect it requires is both intimidating and legendary. My rediscovery of calisthenics was innocent enough. Distraught that, according to the almighty nonsensical texts I greedily imbibed regarding bodybuilding and strength training, I could seemingly train only once a fortnight, when the moon was full and after sacrificing the blood of a virgin at the altar of some esoteric Mesopotamian deity, I immediately sought out alternative methods. Exercise quenched my thirst for productive effort, and temporarily assuaged the piercing of my formerly untested mettle. Happening upon a video of Hannibal For King, the uncrowned King of Street Workout, I was overtaken by the spirit of inspiration with sudden fervor, and consequently hit the ground for a set of pushups. After some experimentation, I found, to my amazement and glee, that I was capable of doing 100 straight reps. My confidence, shattered and devastated by her departure, was enlivened and rejuvenated by this discovery of a hitherto unknown strength and power lying dormant within me, patiently slumbering and awaiting my happening upon it. That point in September of 2009 would forever be marked as a personal milestone, as the day I became utterly and completely devoted to the Art of Calisthenics. But my true calling and discipline within that Art had not yet been revealed.

This man, humble and self-sufficient, is responsible for the rise of calisthenics worldwide.

In May of 2010, I endured the emergence of a personally apocalyptic malady of terrifying proportions. The job I held, physical as always, since I had neglected to follow my peers on the commonly expected scholastic route, involved unloading trucks at Wal-Mart. To this day I haven’t the slightest inference or inkling regarding what caused that first breakout. All I know for certain is that, amidst the clutter of stifling dust and rotting cardboard, my entire back broke out in itching, pus filled hives. In broad contrast to my skin, they stood out defiantly, a deep crimson, coating me in disturbingly resonating quaking and inhumane shuddering. After surviving the recommended treatment of slathering myself in offensively odorous topical gels and gagging on foul tasting antibiotics as they slithered down my throat, I was given the clearance to head home. During my recovery, I would begin my apprenticeship in the Cadillac of Calisthenics, Hand Balancing.

Everyone that has ever dreamed of greater performance and increased muscularity has a lift, action or skill that, for them personally, epitomizes the idea of raw, carnal, unabashed strength. For many men it is the bench press or curl, in any and all of their permutations. Likewise, for women, the squat is the Holy Grail, famed for its ability to sculpt the asses we all salivate over. I, however, had always prized the Handstand. When I was 13, I recall staring in slackjawed awe at the Gymnasts as they performed their routines, in particular the Pommel Horse, Parallel Bars and, the inarguably most popular Men’s event, the Still Rings. I marveled at their control, power and coordination, and as I took in the sight of their heavily armored, remarkably developed arms and shoulders, sheathed in sinuous, threatening muscularity, I knew that I would pledge my pursuits towards mastering the Art of the Handstand.

This trip down memory lane has been quite enjoyable, I must admit. In future articles I will cover the myriad of training schemes I discovered, attempted, used and eschewed. I'll discuss assistance exercises, auxillary work and the techniques used to build brutal strength in the Handstand position. I've recieved enough inquiry into my methods, so, standing on the shoulders of giants, I will humbly offer my contributions.