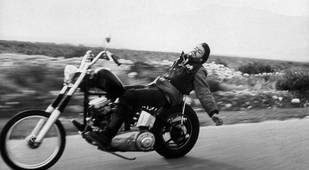 Out of morbid curiosity, safely hidden within the vestiges of a massive, sprawling night, I unblocked you and perused your profile.

It had been nearly 6 months since I'd last visited, feeling like a visitor in a decrepit, decaying graveyard overrun by moss and neglect.

One portrait was all it took to level me.

Even as we near 30, your delicate face, cherubic and beautifully framed by flowing, raven hair, button nose adorably accentuated by its duty of holding your librarian glasses aloft, appears ageless, immortal.

Ancient regrets bubble up within me, a malignant odor, strangling my joy and reigniting my grief.

As if by some horrid necromancy, excursions from our shared youth dance before me, a veritable nickelodeon of blindingly endearing innocence and intoxicating naivety.

Strolling through Barnes And Noble, arms fatigued and encumbered by numerous volumes, trying desperately to locate a free table, smiling stupidly throughout the ordeal's laborious entirety.

Returning home for the first time, fresh from the Navy and proudly garbed in our nation's fabric, hypnotized with enrapture as you bolted towards me, cheeks stained by unstoppable rivers of potent tears, gushing forth from your russet hued doe eyes with the rapidity of a gattling gun.

We collided together eagerly, your soothing calm relaxing my burgeoning, awakening aggression.

I collapsed into you, relinquishing the tension of the past several months naturally and effortlessly, allowing the darkness festering within to be overcome and destroyed, evaporating in the embrace of my beloved fixture of light.

As time passed and weeks melted into months, those blocks of stagnant conversation and pitiful arguments coalescing into barren, arid years, I sensed what was coming.

We were conjoined, as the old joke went, so close and cognizant of the other's personality and quirks that we appeared more like siblings than lovers to both kin and the unacquainted.

We did all in tandem, including lay down on those accursed tracks, gunmetal rails of unrequited hope and forlorn expectation, surrendering to the unrepentant, incessant march of ruthless time.

As the shine of the approaching bedlam drew ever closer, its battlecry screeching like a chorus of infernal sirens belched forth from the blasted maw of Hell itself, our own collectively powered glimmer dwindled into nothingness.

You drifted further away from me daily, and though I toiled in vain to pull you back, my struggles were for naught.

Panicked, I swam for you, propelling my mortal coil towards my Earthbound Angel with all the force I could muster.

But the current of these raucous waters, a disgruntled combination of misunderstandings, apathetic attempts at reconnection, and my eternally accosting enemy, vast physical distance, proved to be unyielding and unbearable.

Gradually, I began to hate you for insignificant, minute trifles, immaturely expressing this juvenile angst in scathingly horrid diatribes, dripping thick with syrupy venom, admonitions I regret powerfully that continue to haunt me to this day.

But perhaps I deserve this fate, to shuffle along sonambulantly, incapable of emotional connection and true, transparent vulnerability.

I've shrugged off my pain by numbing myself with gallons of whiskey, rummaging possessed through used bookstores, and training until I'm unable to raise my arms little more than a few inches from their resting points by my waist, my shoulders aching and unwieldy, like they've been injected with quickly hardening cement.

I've wandered through the mists of seduction carelessly, continually attempting to find a semblance of you in every woman I've encountered.

My heartstrings are frayed, unraveled, and loose, singed nearly completely by the ravages of the elements, all due to the gaping gash your absence has exposed them to.

Many a moment has wafted over me while, sprawled out in an unfamiliar bed, my latest vixen casts her eyes up longingly and painfully.

Tears stand stalwart and dutifully, posted on the edges of her lids, prepared to charge forth onto an unknown, alien battlefield like a regiment of deadly Marines.

"Why can't you love me?", she begs, pleading for a complete, satisfying answer.

Instead, she receives an indifferent retort, coated in the tone only the irreparably broken can muster.

"I prefer being single."

"I dont want a relationship."

Or, if I'm feeling unapologetically candid and careless.

"I dont know if I can anymore."

She'll breakdown, spent and defeated, weeping angrily and fitfully, before resigning herself to one more night.

Or, if she makes the mistake of believing she can "fix" me, she'll double down on a losing bet, with odds fixed so insurmountably she'd have a better shot at spontaneously sprouting fins, gills and a large, lower body enveloping tail, and becoming a mermaid.

Because I'm a red-blooded Man, I wont rescind myself and decline the offer of female companionship.

And so, we settle in.

We'll develop an insular world, complete with amusing inside jokes and shared instances of otherworldly bliss.

She'll become the subject of my poetry, different portions of her anatomy moistening according to the ebb and flow of my tactically placed lines.

In the end, however, we'll separate.

She'll rally her forces, engaging in a fruitless war that leaves sanity, balance and peace as its chief casualties, both hers and mine.

But it was ultimately irrelevant, for since your departure, I've become incredibly well-acquainted with my vagabond nature.

My proclivity for words allows me to delve deeper into my thoughts, considerations and motivations than most men ever will, barring extensive, unnervingly expensive psychotherapy.

I still love you baby, I always will.

To me, you represent the life I left behind when I enlisted, the world of ancient friends and beloved family so bonded that the line of delineation between the two practically ceased to exist.

You are the embodiment of a phase of my life I've denied has passed for too long, the representative of my treasured fantasies of normalcy and nostalgia.

I imagined returning home to the outstretched arms of my history, being crushed in a multitude of embraces so strong that upon their culmination I would be rendered a quadriplegic.

And yes, despite your utterances to the contrary, I wanted to marry you, to witness you carrying and bearing our child, setting the foundation of our shared life.

Maybe I wasnt ready for it then, but I am now.

Life has different plans for us all, however, and they're rarely what we originally envisioned for ourselves.

We're all jettisoned out into the void uncontrollably, and though we mistakenly believe that it's chaotic and random, God's hand prods, guides and nudges us lovingly imperceptibly.

This letter is over, and my anxiousness has abated.

I love you, part of me always will.

You were everything at one point, and you could be again.

If you ever want to try again, you know where to find me.

Before it's too late.

But there are several stops along the road, and I'm done craning my neck, only to be greeted by nothingness in my rearview.

My eyes are bloodshot, my irises windburned, and my sclera crimson red rather than milky white

The pain just isnt worth it anymore.