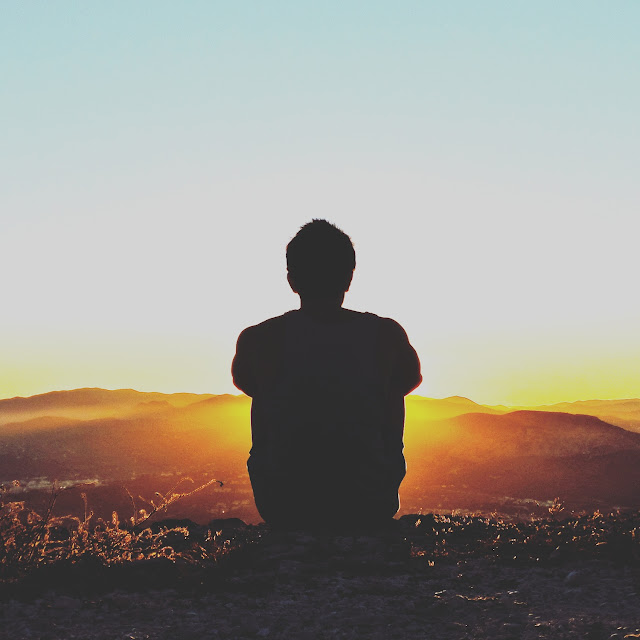 My emotions are tumultuous, a whirling tornado throwing me around chaotically with no certain direction. I am trapped in the eye of a storm that has been raging vehemently for the past year. Whom can I trust? When friendship becomes a creaking facade and disrespect laughs mockingly behind a thin veneer of humor and joviality, I am crestfallen and wandering.

Crippled by indecision and weakened by the constant hammering of my trust in my own instincts, I return intuitively to that old harbinger of my past isolation and sustenance; pure, unbridled rage. Fists clenched and compassion askew, the only thing that saves my would be targets is my sense of rationality. Compassion is a finite resource, not to be squandered on the undeserving.

When I first arrived, I was immediately thrust into an arena I was totally unprepared for. The world I had occupied for the past 3.5 years was one of combat and character, where disputes were settled with clashing bones and straining muscles in the privacy of our own personal dungeons. I had thrived in that place, came of age in it, forging body, mind and spirit into a fearless triad until all 3 met at the refined point of a deadly blade.

I prospered in the solitary aspect of that barren existence, where my beloved words were saved for an empty, aching page. Like the fighters I admired while wallowing in the murk, I allowed my strength to speak for me, the mute warrior, sequestered in his lonely corner, imbibing an endless stream of prose and poetry while laboring away in a sturdy handstand. My terrible actions branded me an outcast, yet endeared me to a select group, spanning an underground unknown to those trapped on the solipsistic surface. In the words of Paul Waggener, we all grew in the darkness.

This new area, a battlefield of taunts, jeers and insults, was alien to me. It was more akin to a highschool lunchroom bursting at the brims with racuous adolescents than the unforgiving bowels of a warship or the mercurial ferocity of a cellblock. Here, the frail and meek found a voice.

No longer encumbered by their own adversarial impotence, these gimps and victims waged skirmishes via voice and gesture, social engineering and threat of litigation, shielded as they were, and are, by the overarching cloak of Daddy Law. In a world where fragile, untested and cradled miscreants can freely parade around behind the false guise of our beloved Strength, bestowed upon them only by an impartial external force, there is a seriously egregious imbalance.

I've dealt with this filth before, under far more beneficial circumstances however. Bartley Gorman, the King of the Gypsies, and in my opinion the greatest Bareknuckle Fighter to ever live, stressed in his autobiography to never fight a man at his own game.

Once accosted and eventually rushed by a world champion Karateka, known for the ferocity and finality of his deadly kicks, Bartley rushed the martial artist, unleashing a volley of scathingly blistering punches, breaking the man's nose and relieving his spouting mouth of many of its teeth.

He played by his rules, forcing his foe to compete in an unfamiliar environment. This is exactly how I feel at present, and have felt since my arrival here. I can talk shit, but that portion of my mind is linked indelibly to my sense of camaraderie and fellowship. The moment the barbs become personal and malignant, my vocal cords fall silent and stiff as a cadaver, and I'm primed for confrontation.

As the drapery of unresolved angst falls silently from my beleaguered shoulders, a victim of the gentle, omnipotent tropical breeze, I see things with a clearer perspective, unobstructed by violent yearning and free of the distress caused by the monotonous drudgery of cubicle incarceration. These are my friends, at least it seems so most days.

When my parents departed the island, they accompanied me through the resulting rush of dreariness and moroseness through a familiar mix of brotherly destruction and counterintuitive rejuvenation that could only be described as miraculously alchemical to the untrained observer.

At times I may take things personally, justifiably in my view and ridiculously in theirs, but our ship has always righted its course, avoiding what I deemed a fated collision with jagged rocks.  My mind swirls with the contemplation foisted upon me by the intricacies of my analytic, emotional nature. Was it malevolence or kinship behind it all? The answer my never be apparent, and right now I couldn't care less. The night beckons.

I possess a tendency to invoke violence at the first sign of trouble. While it has been tamed and domesticated to a large extent, driven primarily by the advice of a Hell's Angel, it is an indelible, inescapable part of my nature. I'm not ashamed of it, it is me.

I seek to understand its vicissitudes and peculiarities, its triggers and summons. It has both excluded me and drawn me in deeper to certain groups, and while at 19 it was an exhilarating, boundless adventure, on the tail end of 26 it fatigues and exhausts me. I just want to be friends with those around me and exist as part of the harmony indigenous to all groups, not straddle cautiously, one foot dangling within the clique's boundaries while the other is chambered, poised to be driven through someones sternum or skull.

No matter where I travel, amongst those I acquaint myself with there is always a small contingent that don't accept me. This may be true for everybody, but I feel that for me the effect is amplified to a horrendous degree. Forever judged by my appearance, mocked and belittled by those that would do better with knuckles bouncing with a deafening thud from their bald skulls, I tire of wasting words.

Oh, how refreshing it would be to simply skip to combatative reaction like the old days! Yet, what awaits me behind that bloody curtain? A cell or a bodybag according to the aforementioned biker, byway of his seminal tome on bouncing. No thank you. The correct path of action may be unknown at worst and obfuscated at best currently, but it matters for naught. I will simply continue the only way I know how, at let the pieces fall where they may. The Lord has never steered me wrong, and He never will.