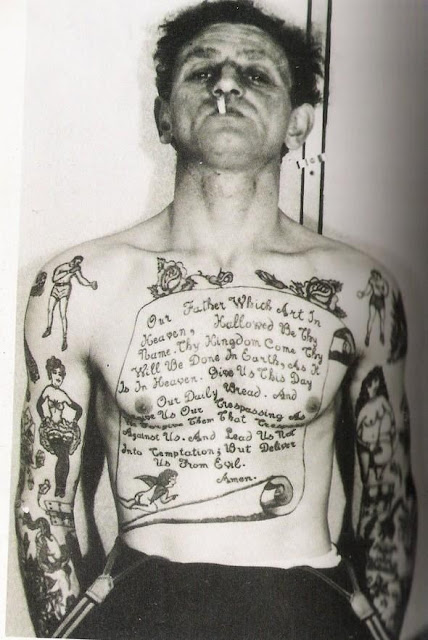 As my parole date looms and I prepare to muster out of the service that's cradled me the entirety of my adult life, I face the future with an uneasy trepidation coupled with my characteristic combative nature.

I've heard every excuse, tempting me with bonuses and transparent promises regarding where I could live next, to tales of woe and agonizing regret, detailing the life of a miscreant that fleed from the Navy, expecting to flourish in the free world, no longer bound by the constraints of military life.

I'll take my chances as I retake the reins of my life, though, even this far out, I know that my path will hardly be traditional, and will probably offend some traditionally and civically minded elders.

I plan to drift, languid but controlled, captained by my vagabond sense of wanderlust.

Many will debate and doubt, as they surely already are, anonymously for certain, debasing my plans as immature, unfitting and wasteful.

It's not their life, it's mine, nor is it in their scope of problems or field of interests to trouble themselves with concerns of how I decide to live it.

It is the most accurate demonstration of my internal truth that I could display or express. 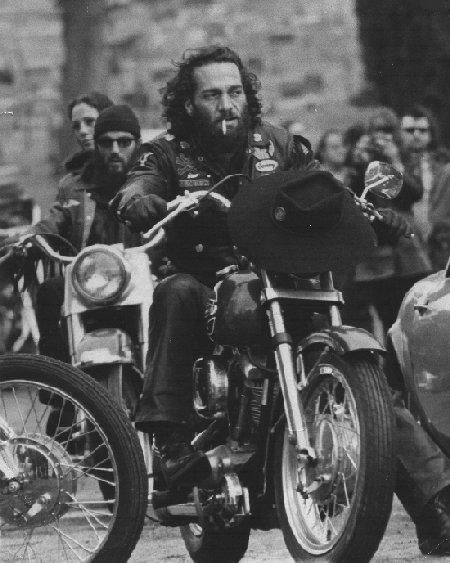 If you're seeking your own path, basically just emulate Sonny Barger.

Though I've encountered several life altering and world shattering concepts, beliefs and ideals throughout my life, in the form of books, people and sheer, unbridled experience, the most tangibly applicable, personally freeing and absolutely satisfying amongst them all was the concept of Fuck You Money.

Brilliantly and succinctly summarized by John Goodman in the criminally underrated 2014 remake of the Steve McQueen classic starring Mark Walhberg and Brie Larson, this painfully basic idea led me to the wellspring of financial freedom.

Defined as possessing enough indelible bills, not in stocks, bonds, real estate or credit, but in cold, hard, inalienable cash, to reliably and truthfully tell ANYBODY to go fuck themselves because you can handle your own financial solvency and don't require them for a paycheck, it infected me thoroughly, and I'm still suffering from the resultant psychosis today.

The easy habit of investing $1000 a month, split into two comfortably disgestible bi-monthly chunks of $500 each paycheck, has insulated me from the inevitability of ignorance hounding my payment through government ineptitude.

This money collects interest and works for me while I live life, compounding like an avalanche with the power of irrefutable mathematics on its side.

My private stash will continue to accumulate, a minute seed bursting through the tough, arid dirt of wage slavery, sprouting and flourishing within the beaming sun of true monetary autonomy.

All because I listened to John Goodman, as Markie Mark smirked knowingly in the opposite frame. 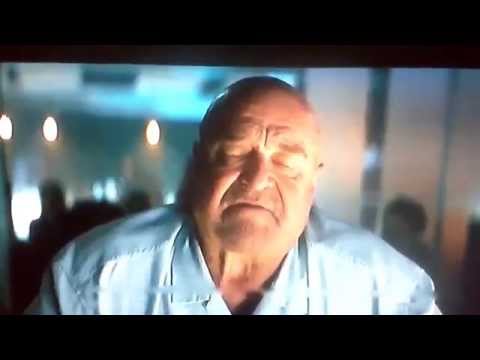 So much wisdom from a man that resembled a thumb going through chemotherapy.

2. It allows you to witness the world in its full vibrancy, untethered to false, commodified constraints.

A degree of masculine success that I was raised with, inoculated by and brainwashed to believe, is that I must own a house.

It came from well meaning, benevolent sources that only had our own well being at heart, so there is no quarrel there.

It rained down upon us from our fathers, uncles, elder brothers, teachers, priests and instructors.

Unfortunately, this advice is antiquated, malevolent and fiscally damning in our new world.

Our elders, insulated from the vast idiocy and infuriating mirages our generation deals with in the working world by the funds they've accumulated throughout their own adulthoods, as well as once fruitful lessons that have been pushed into irrelevance by the demands of the Information Age, are spared the indecency of acquiring a brick and mortar dwelling in today's archaic landscape.

Everything from student loans, the price of real estate, and these fucking ridiculous rent to own stores all amalgamate into a gigantic, internal prison that poisons us from the inside out, condemning an entire generation to a life of subsidized enjoyment and false meaning.

Author's of the old guard write of treating your home as your biggest asset, a kingdom you could sell later for a profit.

To me, this line of thinking falls right in line with the mental impotence of the Flat Earth Society and your garden variety religious extremists.

If the entire purpose of taking on a 30 year mortgage is to sell the damn thing at the culmination of your indentured servitude to your realtor's bottom line, WHY NOT LIVE CHEAPLY IN A CONDO, TOWNHOUSE OR APARTMENT, AND PLACE ALL OF THAT OTHERWISE WASTED CAPITAL INTO A MUTUAL FUND!

Warren Buffet, the veritable successor to John Maynard Keynes and Adam Smith, has stated that a humble mutual fund will outperform the greatest, most analytically inclined financial advisors on Wall Street everytime.

A multibillionaire, he's nonetheless resided in the same house since the early 50s.

The only exception that I could dream up would be for those with large families.

If that is your case, I have no advice for you, but I consider you blessed in ways I wish I could've been. 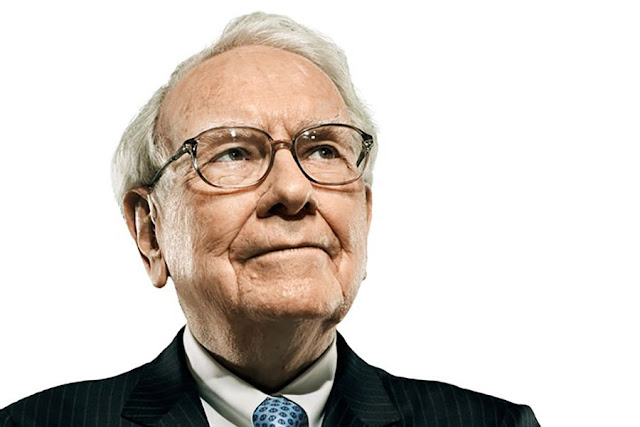 The modern day King Midas, minus the greed inflicted curse.

3. It rekindles and strengthens our connection to our nomadic, tribal roots.

Early men and women were not attached to any one area.

They may have inhabited a large plot of land, the size of which eventually correlated to what we recognize as countries, but they had no traditional homestead.

They were the progenitors of gypsies, the restless and travelers, forever in pursuit of fresh game, prosperity and resources.

Tribes followed the seasons and the migratory patterns of their preferred game.

Adaptive, resolute and resilient, their hardiness and courageousness is still present in our DNA, regardless of how dormant it appears to be.

In my own life, I've grown egregiously accustomed to going without the luxuries many believe are essential for obscene periods of time.

Though I own scores of books and a surprising amount of clothes now, the majority of it all will be shed like flaking skin when I return home.

The capability of shoving my entire life into an aged, tough black backpack is one of the greatest gifts the Navy beat into me.

When I once again depart modernity and merge with the ghosts, myths and spirits of the road, I shall do so with sparse possessions.

Unencumbered by anything substantial, I will enter and abscond as the urge strikes, purchasing temporary residences in the form of cheap, insidious motels harboring fugitives and the broken, questionable hostels erected in the worrisome parts of crumbling cities, and a nearly indestructible tent that would make you believe its material was fashioned from diamond and kevlar.

Freedom from materialism and commitment, partaking in the spoils of the world at my leisure. 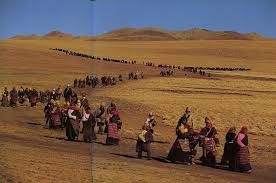 Let's return to our roots


4. It means fulfilling a promise I made to  myself whilst caught in the midst of war.

For about 75% of 2015, I was at sea. Operation Inherent Resolve required our ship to head out into potentially deadly waters, and though we had bountiful port calls planned, the true reason for us being out never strayed far from the forefront of my thoughts.

As part of CVN 220, the unprecedented hull swap that moved 3 hulking Aircraft Carriers, the crown jewels of the Fleet (suck it Price), to new homeports across the globe, we were blessed to be a part of history, not just witnessing it, but actively shaping it.

Our long cruise was billed as a world tour, with numerous exotic countries listed.

I laid in my rack impatiently, my unchained heart ravenous for the stories these foreign lands would bring, salivating as I pictured the native women and hypothesized what the local liquor would taste like.

Our collective train was derailed suddenly and violently, however, when we were informed that, while in the Gulf, we would be standing by to provide maritime security.

The sick part was, and is, that I love it, and still yearn for it daily.

Whether in the scullery, absentmindedly cleaning dishes, or perched on a gun mount, eyes scanning the infinite horizon, I dreamed of the speawling countrysude, and of my home.

I played "Fly Over States" by Jason Aldean until the heartfelt lyrics, endearing melody and pounding drums were seared into my grey matter with the indelible permanence of a cattlebrand.

My reveries saw me riding a matte black motorcycle across the massive state of Texas, cruising down the PCH, flirting with the salty breath of the ocean, and flying dexterously through the molten California summer, commanding a Honda or Kawasaki dirtbike, safely tucked away at my childhood track.

I swore to myself that, should I leave that place with my sanity and life intact, I would see those plans through to fruition.

And I will, rest assured.

I owe myself that much. One of the sincerest, most generous guys I've known chose a face filled with black ink.

I was 19 when I met him, lost and searching for my path, meandering around Wal-Mart before my shift.

He spoke, and his confidence intoxicated me, communicating on a nonverbal level that he was exactly who I wanted to emulate.

He rode with a local MC, and would wax poetically for hours, giving in depth treatises on a variety of seemingly unrelated topics.

He relished in the reaction he rose in people, who regarded him as a demon, an outlaw, to be ostracized and barred from civilized society.

He revelled in his status as an outcast, drawing motivation from the shallow tirades he inspired in normal people.

The mainstream, polite folks that follow whatever dogma the media deems appropriate at that time will never understand the mindsets or thought processes of those who gravitate away from the norm.

Similar to your immune system eradicating a foreign virus, an intruder that threatens the stability and homeostasis of the safe environment will compel the rank and file sheep to congregate en masse to dispose of the interloper.

Fuck them, sharpen your knives and ready your fists.

There is a growing contingent forming interconnected tribal communities, living off of the grid and dedicating themselves to complete self-mastery across all spheres.

Bathe in the bravery bestowed by their barbarically blithe renunciation of this worthless world and it's false idols, sham prophets and illusory gods of gluttonous overconsumption and creative suicide.

Live on your terms, so that when your death song wails, you perish but once, knowing that you gave this phenomenal cosmic carnival ride your all. 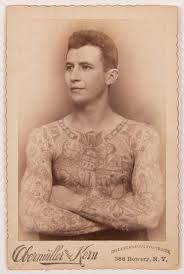