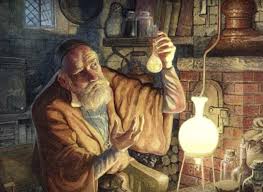 The purpose of my entire fitness existence, and largely my life as well, for nearly a decade now has been the pursuit of the One Arm Handstand Pushup, hereby abbreviated as OAHSPU.

If you've lurked on Dragon Door for the last several years, that acronym will hardly surprise you.

For the rest, ranging from my fellow Brothers and Sisters in Iron to the 12oz Coors curlers and everyone inbetween, it may prove to be unwieldy and cumbersome.

Give it time, and you will adjust, as always.

The OAHSPU has been my deity, a goal I pursued vehemently and recklessly, giving little thought to irrelevant luxuries like adequate amounts of sleep, or to pernicious, looming ailments like ridiculous muscle imbalances.

I'm proud to say that I'm inching ever closer at each session, though its at a pace that would make a quadraplegic sloth stricken with polio look like Usain Bolt in comparison.

Similarly to other lofty milestones, such as  500 pound Bench, 700 pound Deadlift, 5 minute mile or holding the fabled CTI (Close To Impossible) heralded by bar athletes, to deem my movement glacial would do disservice to the word.

Yet, at each excursion, my sense of balance grows, I tack another fraction of an inch onto my ROM in the Diamond HSPU, or I take away a finger in my OAHS training.

Fingertip Handstands have proven invaluable, and as such are always included.

My focus has been elevated to fanaticism, and for that I'm proud. If only we could pursue all dreams with such devotion.

There would be far less cashiers in the world, that much is certain. 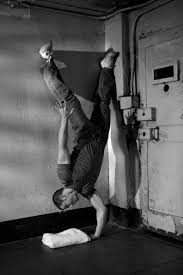 
Recently I've began reincorporating the Back
Squat back into my regime.

Though I'm embarrassed to admit it, my neglect of the revered lift was due to fear.

At sea, the only racks available were Smith Machines, those abhorrent carnival rides that lull the lifter into a false sense of security and unforgivably rob the stabilizer muscles of indespensible, strength inducing stimulation.

After locating the mysterious Dungeon gym owned and guarded by the AO's, buried far below decks, I was greeted by 3 power racks.

Gritty, rusted, ugly and imposing, they beckoned to me, and I hungrily obliged.

Warming up with 185 one evening, however, in the midst of chaotic, rough waters, I nearly snapped my leg in half.

The ship rocked as I descended, and I nearly lost my balance.

Sufficiently frightened, I abandoned the rack for the duration of my time out on the world's oceans, content to work my lower body with Pistol Squats and sprints.

Fast forward to June, and, safely sequestered on land for awhile, I once again entered the cage.

Loading up 135, the plaything of a novice, I began to test my capacities.

Another lifter stationed here, upset that the platform was occupied, barring him from Deadlifting, joined me as I trained, and the resulting workout left me sufficiently humbled.

185 was quickly slid onto the gleaming Olympic bar, used, and cast off.

When I stepped out and unracked 225, hilariously managing 2 shallow, pathetic reps, I knew it was time to begin my barbell enhanced leg work again in earnest.

As I toiled away strenuously at the lifts I was actually good at, I couldn't help but be taken aback by my compatriot's effort.

315 for several reps was his working max that day, his legs beaten even further by the performance of several spotter assisted repetitions, to further annihilate the tough, thick muscle fibers of the quadriceps.

In witnessing his Sisyphean struggle, I was reminded of the primal, testosterone laden power inherent to moving large amounts of weight.

One foot in front of the other. 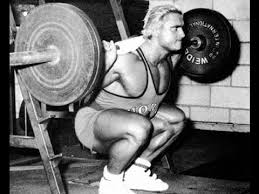 
Emotions are the lifeblood of our existence, yet often we find ourselves at their mercy.

One of my favorite quotes, printed and hung on my otherwise barren walls, mentions exorcising demons through exercise.

That idea has always stuck with me, simple yet profound, complex yet understated.

You needn't worry about what ails me, nor I you.

Just know, and rest assured, that sweat baptizes you in the gospel of strength whenever you seek to summon it.

My day isn't right if I don't train as soon as I'm out of bed, and 90% of the time I include a lighter workout at the evening's conclusion.

I choose to evoke the spirit of Brodin through a mix of gymnastics, weightlifting and fighting.

You may be a runner, though I don't understand why you would subject yourself to such torture, save for a crippling chemical imbalance in your cortisol addled brain.

Maybe the incessant, plodding miles have given you a mild concussion.

Crossfit has grown to cult status over the years, and a box is available in every city I've lived in or visited, packed to the brim with barbells, ropes, cages, sleds and fit women in booty shorts.

In Hawaii BJJ is a statewide pastime, and different local families have their own unique, flavorful styles, rich in personal history and deadly martial efficiency.

Fuck, I even know guys that are in rowing clubs, the training grounds, aka beaches, stocked with blindingly gorgeous women in the same vein as Crossfit, only this time they are wearing literally next to nothing.

My point is that therapy isn't confined solely to a professional's office.

You can discuss trauma until your tongue seizes up from exhaustion and your throat swells from overuse.

Though I don't take anything personally, and have always denigrated those that sought to shame me for my abstinence, medication does indeed help, and has proven to be the saving grace of many I've encountered over the years.
Reliance on it, however, leads to a kind of chemical zombification, a waking comatose state that effectively neuters the subject's creativity and zest for life.

Get out and move.

Often we consider depression to be solely mental, when it's been proven that the mind and body are in fact synergistic, not separate.

If you're feeling overwhelmed, indulge in your chosen athletic pursuit voraciously and obsessively.

As the salty, thick liquid pours forth from your pores, you'll feel annihilated physically, yet reborn spiritually, the alchemy of well being.

Reincarnated through blissful pain, a phoenix risen from the ashes of their useless, discarded corpse.

The seemingly insurmountable issues and problems that tormented you before will suddenly become weak, frail and vanquishable.

You will be reintroduced to your self-esteem and inner strength, and your equilibrium will once again become balanced.

Continue everything you were doing before to better yourself and defeat your past.

But include physicality, in whatever permutation that resonates with you uniquely, and witness yourself soar.

We're in this together. 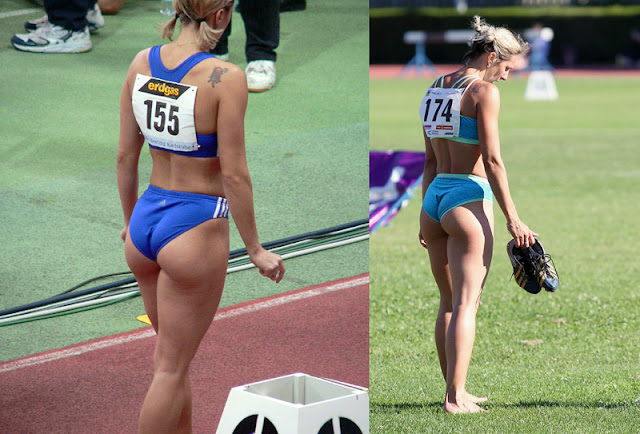