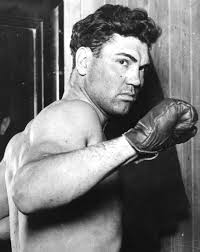 When I was in the Navy, particularly my last 2 years, all I dreamed about was boxing when I got out. At sea in 2014, out on a workup, in the process of getting ready to deploy, I was on the night shift.

When on the water, you endure what's termed Port and Starboard Watch, which is essentially a novelty nautical name for twin 12 hour shifts. One ran from 0800-2000, while the other, obviously, went from 2000-0800.

Since I'm nocturnal by nature, I quickly volunteered for the latter, and got it. I remember it had amused me because I'd done everything in my power to get San Diego, CA as my first duty station, only to end up exiled to Norfolk, VA, yet I'd secured my spot on the night shift in such short order.

When my happiness was involved, I was ignored, but when my labor was needed, I was prioritized.

It was around 3 in the morning and I had just finished my workout. Obviously I dont remember the exact contents of it, but I'm certain it featured, as always, Handstand Pushups in high volume.

As I walked through the hangar bay, reveling in the sweet, refreshing ocean air, my ears were graced by the familiar, comforting sound of leather boxing gloves pounding weathered focus mitts.

I quickly craned my neck over and saw 4 guys, 3 rotating in and out, fluidly punching the mitts as the 4th man gracefully swung them through the air.

To save my life.

To say that I have two left feet is an insult to podiatrists the world over.

But I've always fallen naturally into the seductive rhythm of controlled chaos that is a fight.

There's something comforting, yet simultaneously exhilarating about the refinement and taming of violence, about the ownership of a force that can harm and maim as much as it can inspire and protect.

I saw all of these musings and more captured in the effortlessly flowing choreography and outright beautiful physical poetry of these boxers.

It was calling me home, even when I was so far from it.

I walked over, exchanged pleasantries, and introduced myself. I'm not going to fabricate an entire conversation here, since I loathe introducing fictitious exaggeration into a real story simply for artistic effect, but it obviously was an exchange of our respective histories in martial arts.

When the talking had reached its crescendo, the guy holding the mitts wordlessly held up his left hand and securely squared his body to the right, the universal signal for a Jab.

Not one to disappoint, I fired.

Once, twice, thrice, and into infinity, I was reminding myself of a power I'd always had, something that was uniquely MINE in a world of constantly shifting paradigms.

Silently, his feet shifted and his right hand shot up suddenly, like a plastic rodent in a game of Whack-A-Mole.

In instinctive, almost telepathic response, my right hand flew out in a Straight.

Hooks to the body and head, followed by pneumatic Uppercuts, finished with a fluent five punch flourish, rocked the mitts, the sharp, staccato THWACK that was given life by each hit bouncing off the ancient, rusting bulkheads.

I had no gloves, and had been doing my mitt work bareknuckle. Their holder complimented me on my strength and power, the density and thickness of my knuckles, and the heaviness of my (baby) hands.

I knew that Hand Balancing was the cause of these new gifts, and from that point on vowed that I would combine it with Boxing to form a regiment that was uniquely my own.

Modeled after the routines of old school bareknuckle pugilists, as they were known in eras past, like Bartley Gorman, Roy Shaw, Lenny McLean, and the infamous Charles Bronson, born Michael Gordon Peterson, my routine came to serve as my buoyancy, bedrock, and very source of vitality itself.

In a rapidly shifting world defined by uncertainty and hardship, my training was mine and mine alone. It could never be snatched away from me by the Navy, especially considering that I needed naught but my own body to partake in it, and though they tried with erratic sleep schedules, draconian rules, and even totalitarianism, seeking to keep me from doing handstands under the guise of caring about my health, I soldiered, or, rather sailored, on.

When I finally got out in February of 2020, one of the immediate goals I set for myself was to compete in an amateur boxing match before the end of the year.

Unfortunately, naming the end of the year as my cutoff was a sign of me thinking far too small, since the end of the world arrived soon after I moved home, announcing its presence in quick, hurried fashion.

Though my gym remained open for a few months, hidden away from prying, Judas eyes as we labored and toiled in our dingy, shadowy corner of town, it eventually succumbed to the dreaded beer virus as well.

I'm not exactly complaining, since I've had the misfortune of knowing a handful of people that have passed away untimely from Covid-19, but I'm allowed to miss my life, like we all are.

Aside from my morning Hand Balancing, which, currently going on over a decade strong, is basically a religious ritual now, I shadowbox every evening.

6 rounds, 3 minutes on, 1 minute off, in keeping with the traditional time, it's a composite of my shadowboxing and heavy bag workout when I had access to everything.

I sweat, stammer, and practice my chosen craft; my real one, not the one assigned to me by financial necessity.

Really, not much has changed since those halcyon days aboard ship. I'm still completely dedicated to my idea of fitness, in perpetual, Sisyphean training for a fight that never comes.

As those that know me are aware of, mostly because they use it as ammo to ridicule me with relentless gay jokes (hi Haines), I've always been chiefly inspired by the fitness routines of convicts.

I love on a base level the complete, unwavering, monastic dedication required to inexorably alter your body and build prodigious strength and stamina with nothing but what God gave you.

Tomorrow is my one day of respite, but come Monday morning I'll be up early, excited as a child on Christmas morning, chasing my vision of apotheosis.