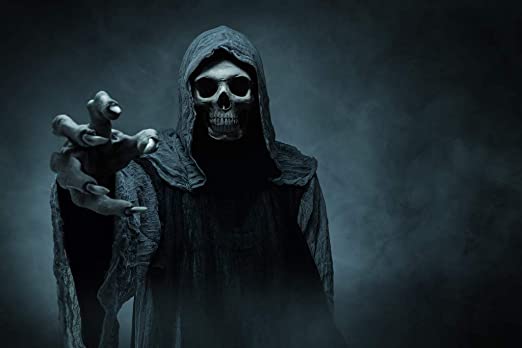 The concept of aging intimidates me.

I wont say it scares me, because I feel that I've done the very best I can at retarding, delaying, and combatting it.

My training, which in the past prioritized hypertrophy and strength, misapplied in a hilariously misinformed fashion, has altered severely.

When I first got to Hawaii in 2017, I experimented with the idea of adopting EMOM (Every Minute On the Minute) training, a methodology I'd learned from studying Crossfit.

At that point I was doing 5 sets of Freestanding Handstand Pushups a day, with each set's repetitions decreasing incrimentally, following the Recon Ron Pullup Program.

It's available for free online, and a simple Google Image search will allow one to locate the entire workout.

I would sometimes do it twice a day, and before I stopped it, I was doing around 77 Handstand Pushups a session.

Back then I fancied myself a badass for completing such a "large" amount of volume in 15 minutes, but presently, since I can do 80 in less than 8 minutes, I'm frankly quite embarrassed revisiting such ignorant arrogance.

I began my Strength-Endurance training, my own, personalized version of Density Training, around March of 2017.

Since then, I've reached the point where I regularly do over 300 Handstand Pushups a session, performing endless sets of 5 with 20 seconds of rest inbetween.

Over the next few years, I plan on eventually erasing the rest periods altogether, performing a set, returning to my feet, then immediately kicking back up to begin again, burpee style.

It's been written by a highly influential bodybuilder, whose name escapes me, that the gateway to supreme fitness is to turn a strength exercise into a conditioning exercise, and if I can accomplish that with Freestanding Handstand Pushups, I'll be alone on top of my own private mountain.

I know I'll reach it, because my tunnel vision is so intensely focused on my ultimate goal that it's similar to an x-ray, rendering my gaze on anything even remotely dissimilar myopic at best, completely blind at worst.

On this homebrewed program I've seen tremendous gains in both strength and hypertrophy, and the irony is that they're a nice accoutrement, a side-effect, rather than the main purpose.

It differs from pure cardio, such as mindless, slogging jogging, because of the high levels of muscular exertion such a modality requires, but avoids being pure bodybuilding because of both the volume and short rest periods, each working in concert with each other to produce the results I was startled by.

I have a morbidly effective family history on both sides rich in diabetes, heart disease, obesity, and cancer, and since I dont plan on succumbing to any such maladies, then, now, or in the future, it was imperative that I took action early, and precisely.

My training modality, which really is naught but Density Training, with a focus on Hand Balancing, my forte, combined with Intermittent Fasting or various lengths, from 16 hours to 36 hours, will all but bulletproof my body against both the ravages of time and the sadism inherent to my own genetics.

The world's most magnificent body, however, is little more than a husk, an overdeveloped chunk of meat, without a capable mind to pilot it.

I've witnessed the effects of Alzheimers Disease and other neurodegenerative maladies, not personally, but in a stream of YouTube videos imbibed during my 20's.

Indeed, though I'm an avowed bodybuilder, I have to admit honestly that I'd rather endure the palpable failure and destruction of my body rather than suffer through the reality warping hell that literally losing my very sentience, governance, and soveriegnty would be.

The Caretaker, the musical nom de plume of Leyland James Kirby, an enigmatic and experimental ambient music artist from Stockport, England, brilliantly captures the complete breakdown of the mind of an elderly person stricken with any one of the aforementioned grab bag of illnesses.

He sampled Big Band and Jazz standbys from the 1940's, an idea inspired by a study done on those suffering from Alzheimers.

In it, the subjects were played music from their youths. They were asked to listen to it, and, to the best of their respective abilities, recount where they were when they'd first heard the song, and how it had made them feel.

Association is the cornerstone of memory, and the entire Art of Memory, the Ars Memoriae of Ancient Greece, first captured by Simonides of Crete, a poet, is based on that essential, and foundational, human function.

In the album, which clocks in at around 6.5 hours, the classics of the post-WW2 era are played in 6 distinct parts.

In the first, they're clear, vibrant, and engaging; One may even mistakenly believe, if they were unaware of the concept of The Caretaker's work, that the record was nothing more than a glorified playlist of American classics.

As the music marches forward, cracks, uncomfortable and unsettling, begin to appear aurally in the sonic landscape.

Static replaces trumpets, saxophones, and trombones, individually at first, until, eventually, the entire brass sections of the bands are awash in white noise, indistinguishable from each other in the uncommon, chaotic cacophony.

The rhythm of the work, blistering and frantically tasteful in the beginning, soon starts to seem askew.

Snares, hi hats, bass drums and timpanis begin to cough, hiccup, belch, and vomit, knocking around arrythmically until, like the other instruments, they appear to vanish altogether, the beat they were supposed to lay indiscernible from the rapidly ticking clock counting down the unnamed subject's speedily dissipating mortality.

As a whole, especially around the 4th hour, the listener experiences an involuntary, all-encompassing sense of primordial dread.

You get the sense that Death itself is approaching, that you're caught in the inscrutable, omnipotent gaze of the ultimate predator, but instead of expiration arriving swiftly and painlessly, you're forced to watch the gradual, and inevitable, devolution of your own vitality, awareness, and consciousness.

I havent listened to the work all the way through to completion simply because I'm too weak; I lack the stomach to endure such dismal finality.

I read, write, memorize, and engage in thought experiments geared towards logic, rhetoric, and reason.

I view these things as indispensably and essentially as I do my regimen of physical training.

It seems that, without realizing it, my entire life has become about beating and besting the Grim Reaper, about staving off the plodding, yet determined, approach of the grave.