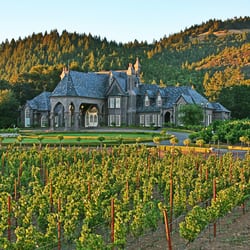 Sometimes I stare at this page and have no idea what to put.

The words spewing forth from my forced fingers are veritable vomit, the writing equivalent of going through the motions.

There are certain mornings where no matter how hard you will it, your body simply refuses to rouse, and you are its prisoner, your infalliable, indomitable spirit imprisoned by by meager flesh and hollow, rattling bone.

Yet, by some divine miracle, you manage to heft your wretched carcass from its comforting coffin. You have work to do, you realize, and your eternal rest is several decades away.

You must punch the clock.

Your dawn training can take many forms, dependent entirely on passion and personal proclivities.

Perhaps you'll chase the sun as it rises with you, shaken from a dormant slumber by its age old duties.

The weight pile may sing to you, and you eagerly anticipate the sting of ancient rust and cold steel ripping your fresh calluses from their hard won patches of toughened skin.

The heavy bag thuds mightily, the speed bag ricochets rhythmically, and the mounted pull up bar shakes, writhes and snakes as it hangs precariously from the weathered gym walls, each rep you complete rocking worn screws from sweat stained, decrepit wood.

The words are gaining traction now, a story, image, or moment presenting itself slowly as I gradually uncover it with the bristles of my literary paintbrush.

Often, writing isnt created as much as its excavated, and though the dust, dirt and grime may sting for an instant, you learn to thrive on it.

Eventually, the floating bits and particles of discipline and consistency become more important, more essential to your continued existence than oxygen itself.


The Lost City Of Z.

That's what comes to mind as I examine the bottle of overpriced wine on display in front of me.

A crimson Z is emblazoned on the wrapping, beckoning hipsters and challenging skeptics.

For awhile, drunk on the post-adolescent cocktail of raging testosterone and the immortality complex of youth, I considered myself too tough, too masculine for wine.

"Hmph.", I'd grunt arrogantly when asked by acquaintances if I preferred red or white wine.

"I drink beer.", I'd declare, silently patting myself on the back at my supposed primal display of sheer masculinity.

This carried on unhalted for several years, until, when in San Diego, I shared a hotel room for the weekend with a girl that loved red wine.

One night, with the liquor stores closed and my beloved Budweiser and Jack Daniel's out of reach, I opted for her drink of choice.

I cant recall the brand, location of purchase, or any of the shenanigans that followed, save for an uneventful sliver.

What I can replicate with painful efficiency is the hangover that greeted me like a hook to the jaw come daylight.

I awoke in the middle of my own private sauna, relatively speaking. I had never, up until that or any point in my life, been so dehydrated.

My temples throbbed like the alcohol had used them as bongo drums for hours, and the room spun like a Merry-Go-Round hyped up on PCP and bath salts.

I stumbled, attempting poorly to erect my battered body against the bedframe, inducing nausea so severe I felt as if I'd been face fucked by a power drill.

Upon further inquiry, my temporary paramour informed me that I'd only had 3 glasses of the vile, fermented grape juice.

Pride sullied and pallor ashen, I situated myself by the toilet for the remainder of the day.

That incident, though indescribably horrendous at the time, is hilariously enlightening in retrospect. Indeed, it sent my delusions of grandeur regarding my own invulnerability to the guillotine immediately.

I loathe the effete, noodle armed and pencil necked hipster donning a smug, entitled grin with a ferocious disdain.

Just as revolting, however, is the dude bro douchebag, gallavanting around town in a comically raised F-350, unnecessarily tricked out with KC Lights, decibel enhancing pipes, and, inconceivably, fucking monster truck tires.

I like to believe that this little escapade prevented me from falling too far into that sphere.

I've never understood the draw or purpose of drinking alone.

The motivation always seems to stem from a place of depressing darkness, the urge born of a desire to transcend the depths of one's own trauma, if only temporarily.

Those that partake repetitively in this disturbing practice are invariably angry, shallow and reckless.

Speaking from experience, the worst place to seek solace from your demons is at the bottom of a bottle.

The distance is formidable, and even if you reach your exalted "goal", you'll certainly drown, killed by a combination of suppressed emotions and crushing inebriation.

When combatting one's own head, it's best to meditate instead, to write, draw, pray and train.

Exercising exorcises, your own sweat acting as Holy Water, your focus and determination the standing Priest.

Alcohol is indeed the social lubricant, useful only when in the presence of trusted, beloved friends, family and significant others.

No one has ever done something drunk that they didnt wish to perform sober. The intoxicant merely relieved them of their reservations temporarily, and the infamous liquid courage pushed them towards the enacting of their buried desires.

I wish wholeheartedly that I could proclaim my allegiance to the Teetotaler lifestyle, or declare my adherence to abstinence from alcoholism.

But I can't, and if I attempted to, there are scores of friends, and a few enemies, that would call my bluff with rapid immediacy.

As I pen this, I just polished off my second 1lb hamburger. Awash in dijon mustard and a disappointingly bland "fancy" ketchup, I practically inhaled it.

A bottle of Ketel One faintly reminiscent of a missle is shouting at me, scrambling for my attention.

At 18, I used to see their cleverly marketed commercials.

I was eager to emulate them then, but now, tempered and dulled by harsh odysseys, I'll pass.

I'm alone, and there's no fun in being the village idiot, clad in clothing reeking of vodka, when you have no accompaniment.

Later tonight however, may be a different story.