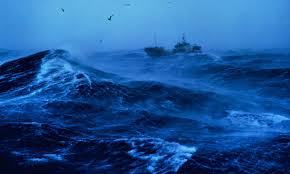 Coming back to the page, blank and grimacing, after a layoff can be daunting.

I'm sitting here with a mason jar filled with my eponymous tea, dreading the approach of my night shift.

The world has, for the briefest of moments, forgotten my existence, and I'm eager to remain anonymous.

Why are there so few hours in our days?

I know that the answer is that, since the very nature of life is fleeting and instantaneous, we must infuse our moments with passion, vigor and relentless progress.

But right now I'm too stubborn, and yes, weak, to accept what I'd long ago regarded as carved in stone.

The sun is beginning to set, ushering in the beginning of a rambunctious evening. There are shots to take, conversations to make, and relationships, both established and burgeoning, to embrace.

Books beg to be devoured, and gymnastics beckon to me, eager to be practiced, owned and embodied.

I instead, will spend my night in shackles, enslaved to a cubicle, and though I may enjoy the company, we are still indentured and chained to our benches, our oars replaced with keyboards, typing usurping rowing.

At least the latter builds muscle, strength, and endurance. The former just puts my ass to sleep.


I love Surfer's Coffee for the talent it seems to attract.

Tonight is the second night of the Aina art show, a creative spectacle enacted in celebration of a decade of reinvention, rebirth and the illuminating power and presence of God.

Through incessant prayer and unyielding motivation, they wrestled the fertile soil of their nascent empire from the clutches of debauchery and degredation.

The strip would soon be reincarnated, as alcoholism gave way to fervent spiritual devotion, carnality and lust were unseated by Godly love, and the malicious air was cleansed by the power of The Holy Spirit.

I was obviously absent during the beginnings of this oasis, but I'm perpetually present now, seated eternally as I am, black hat pulled down, sequestered nondescriptly in the corner of the bar.

The shop tends to attract military members, weary and wary travelers, wanderers drawn by the light.

Tattered remnants of who we were, molded by what weve endured into the varied shapes we are now, here our burns find salves.

Jagged, rugged and worn, we find silence amidst the storm at the bottom of a glass of soothing tea, rather than a bottle of cheap, horrid whiskey.

I leave paradise in less than a year, and amidst the picturesque hikes, humbling waterfalls and awe-inspiring beaches, I'll miss these Angels and their Heaven the most.

God knows I'll be back, whether here or Southern California.

This startling revelation was bestowed upon me by a friend whilst playing an innocent game.

"I know you so well.", she laughed, provocative and whimsical.

"Alright then, what's my greatest, deepest secret?", I shot back, coy but interested.

She beheld me a moment, carefully pondering her words, before firing.

"You're afraid to love.", she said matter of factly, certainty glistening in feline eyes.

I played it off well enough, but inside I felt a knife twisting, long dormant pain beginning its icy journey through fragile veins.

Yes, its true, I'm petrified, as countless prospects, not conquests, as I loathe that term, that deserve far better than me will attest to, though they wouldnt be nearly as harsh as I am with myself.

Leave her better than you found her.

Shellshocked, bitter, scared; whatever term you wish to apply to me, portions of me will fall neatly into place.

I bear my heart so thoroughly and freely on the page because my mind will never be physically encumbered.

My fingers will never freeze, refusing steadfast and stubborn to follow my commands.

My throat, however, can seize abruptly and violently, solidified by trauma and concrete, tension born of a love forever unrequited.

My eyes have a habit of retreating, transparent and meek, allowing tears to flow unburdened and unrestrained in the face of denial and rejection from certain parties.

I fear hurting the current one, though we've discussed formidable details with foreboding and dread.

There are no time limits, nor promises, just the days peeling off of each other from a deck of Cupid's tarot, the inevitable continually hushed, pushed back to the cheap seats, bleachers for bombastic front row access.

The rains are lessening and the afternoons will gain in intensity, as the skyborn inferno fights off the receding night.

Then the winds will stiffen, gusts jabbing and breezes tickling bare, bronzed skin.

Lips will part and hearts will depart, and the hand gripping mine will disappear, floating into the recesses of my memory.

We'll always have Oahu baby, but, like we sang in bed a few eves ago, it could never be enough.

I can feel it rumbling between my legs, roaring ferociously as I grip, squeeze and turn the throttle.

Wherever I end up post-Navy, I wont occupy it long.

Over the past year I've consumed a myriad of Jack Reacher novels, and his vagrant, ronin nature resonates with me.

I've been alone too long to set roots, at least for the foreseeable future.

I contemplate the proposal I never made in 2014, and dream of its phantom results.

In Anne Rice's vampire novels, she writes deliciously of the conversion process, how the final drops of blood are burned as the cadaver is reanimated, ichor developing and saturating the newborn nightwalker.

Perhaps these remaining feelings are embers slowly dying, and my sporadic attention ignites them subtly with each passing glance.

Comewhatever may, I wouldnt change a sliver of the life I've been blessed to have led.