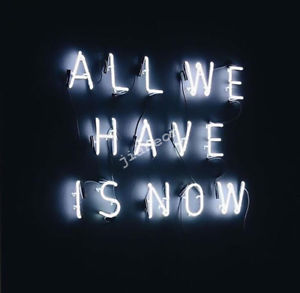 Being transparent, truly honest and upfront with oneself, takes tremendous bravery.

Sit with a pen and pad, and begin to compose some free verse.

Whether your own vocabulary is as vast as uncharted space or limited, constraining you like a prisoner under lockdown, is irrelevant

These are sentences that will never see the light of day, and are often meant to be burned, pulped, or shredded.

Pour your heart out, unabridged and uninhibited. Unburden yourself of your troubles.

A breakup, abuse of all flavors, guilt over past misdeeds, imagined or verified.

Nothing is off limits.

Don't aim for a specific word count, as this is self led healing, not a term paper or essay meant for compensation.

Scrawl, scribble and scribe, for this isnt calligraphy, it's bluntness.

Often, were completely unaware of our own limiting beliefs, thoughts and emotions.

It's unfortunate, but men in particular are susceptible to this insidious self-ignorance.

Brought up in a world that chastises us for expressing our feelings, then praises us for self-sabatoging emotional suppression masquerading as strength and stoic resoluteness, we run a dangerous risk of growing to become emotionally stunted.

This admonition may seem out of character coming from me, given what I've espoused in my own writing, but I believe it wholeheartedly.

If you believe it to be gay, weak, or effete, take heed that men like Paul Carter of Lift Run Bang, Michael Phelps, and Terry Crews share the same sentiments.

This isnt a one and done event, but a lifelong journey and process, akin to Bodybuilding or Martial Arts.

You'll encounter perplexing mazes within yourself that you were unaware existed prior to your internal trek.

Forgiveness begging to be granted, realizations destined to dawn, and shame, pain, and agony gnashing and growling, petulantly proving and justifying their required release.

Stain the page with healing, using your blood as the ink.

It was an impeccable film, and it was a bit unnerving to see Dev Patel evolve.

A decade ago he was the star of Slumdog Millionaire, now he's edgy, brooding and dangerous as Jay, the kidnapper/assassin in the aforementioned work.

He's a loner, dark and efficient, and while I wont spoil the movie, he eventually falls in love with Samira, played by the gorgeous Radhika Apte.

Midway through my viewing, I became aware of faint giggling and the distinct sound of sloppy kissing behind me.

I've been the one adding such background noise to a cinematic experience before, so I wasnt angry, just a bit startled.

Still, something about this couple and the contrasting timbre of their laughter piqued my interest.

Craning my head to the right to catch a surreptitious glance at the offenders, I stifled my own sudden chuckling.

The lovers, drenched in shadow but sporadically illuminated by the pale blue flickering of the projector, were senior citizens.

They both had to be in their 70s at the absolute youngest.

The woman, svelte and uncharacteristically youthful, reclined back on her own seat, long, elegant legs stretched out across the lap of her pleased husband.

At the cinema's conclusion, I stole one more hidden glance at them.

The wife had nodded off, likely bored by the violence the last half of the film is defined by, her head resting peacefully on the old man's shoulder.

He gazed down at her, longingly and lovingly, and I imagined for a split second that they were the portrait of ebullience.

Our own culture, the Millenial modernity, is defined by hookup apps, online delivery, and the ease of convenience.

I have many friends that consider us to be the superiors of the Baby Boomers as a whole, deafeningly proclaiming this exhortation to all that would, or would not, care to listen.

Economics, politics and sociology aside, if theres one thing those mavens of the preceding years had, and continue to Lord over us, it's the example of priceless, ageless devotion to love.

Once, a friend of mine applauded my capacity for solitary living.

"Everyone always rushes to be in relationships.", he lamented as we trudged down the hallway.

"You're good on your own, living life and doing your own thing.", he told me as I considered his observation.

"It's because I like having control of my own life.", I responded, straining to articulate the thousand voices in my head all shouting for expression.

"I've been in love. Did the long distance thing for 2 years. I'm used to being on the move now, living without baggage. And that's what a relationship is to me at this point.", I said aloud, more to myself than him.

It's amusing, if a bit imposing, how soon we can be captured in a rut. Eventually, that hole begins to feel like home.

The dirt remains damp due to the darkness and shade, shielding you from the intense heat of the sun, while enough warmth cascades past your barriers to keep you comfortable, shielded against the encroaching cold.

But you discover, as time marches forward, dragging you by the shin like an outraged, irascible child, that, despite your contentment, you're stuck.

Living such a hollow existence, you're barred from the extremities of emotion that signal full, exuberant life.

Rather than intensely aflame passion, you get mundane tepidity, and instead of grevious moroseness, you're stricken with apathetic indifference.

So I ask myself, why not settle down?

Yet home sings my name, and freedom greets me at the distance, waving mightily on the horizon.

As whispered during many nocturnal discussions, lips parted and a scant few inches away, the future is uncertain, but the present is present, and is the greatest present we could ask for.

So join me in this moment, and let's bathe in the rays of blooming, blossoming sunshine, lest we dissolve, permeated and clammy, in the ichor of despairing fear.