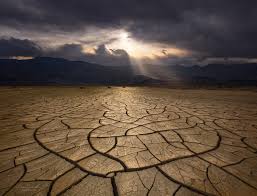 Save for a few meandering sets and reps performed to maintain my sanity as well as enfuse my restless muscles with nourishing blood, I havent trained serious and focused in 3 days.

Old, nagging abrasions have healed and evaporated, and a feeling of renewal has permeated my body. I no longer experience a broken down sensation, but rather a nearly preternatural type of vigor and motivation.

As much pain as I'm in regarding general existence, this layoff has been beneficial and healing, even if my hand was forced by illness.

I loathe my all too human weakness, contracting a respiratory virus in spite of my dedication to training. Attempting to muscle through it has only prolonged my suffering while ensnaring me further in the plodding march towards recovery.

Still, my bed is feathery and inviting, my room is warm, and I've got copious amounts of chili and apple juice. Varied tastes, ones that allow me to settle in for the long haul.

When you're away from home, you grow accustomed to a lack of emotional closeness and warmth.

Detachment happens so repeatedly and rapidly that after awhile it ceases to be a calculated response and simply becomes instinctual.

Fending for yourself is a great, beneficial thing that serves a myriad of palpable purposes, and mastering yourself is ostensibly the largest one.

You become so well acquainted with your character flaws and strengths, dreams, traumas, goals, ideals and perspectives that you become two people, existing simultaneously as your own brother and best friend.

Companionship with others becomes a pale substitute for the camaraderie you have with yourself. Though this may seem crazy or insane even, it carries two hidden advantages.

The first is that it mercilessly weeds out superfluous relationships as a natural byproduct of your dedication to relentless self-discovery.

Constant work on yourself directly raises your personal standards, both for you and those in your life. If you wont accept an action, belief or behavior from your own being, why the hell would you tolerate it in somebody irrelevant to your survival?

The second is that it hardens your resolve against all forms of weakness, but primarily social and subjective.

Many men and women are terrified of being alone, so they remain in stagnant relationships.

These run the gamut from abusive to unfulfilling, but the common denominator is that these shambling corpses stay because of comfort.

Forsaking growth because you're scared of change is akin to shooting your evolved, prosperous future self in the head at point blank range. Dont do it.

Regardless of the power and toughness I've gained through continuous self-reliance, I noticed some years back that my morality had begun to degenerate.

I'd grown cold and indifferent to the suffering of others, believing them enfeebled by slovenly meekness if they couldnt overcome their own troubles, physically, mentally, spiritually or temporally.

Until that point I had survived and thrived by combatting my own ordeals and enduring my own private trials with naught but prayer and an unyielding dedication to slaughtering my demons.

Only after hitting bottom and finally relinquishing my stubborn warrior's pride was I able to experience true compassion again.

In San Diego, after receiving my first Easter Basket in years from a friend's family, I suddenly felt myself on the verge of tears.

I had inadvertently abstained from any semblance of tribal love or bonds for such an extended period that offering me even a spate of affection caused my heart to lunge and respond with an emotional outburst equivalent to granting a parched, dehydrated goner water in the middle of a vast, unforgiving desert.

Today while awaiting treatment I was screened and recorded by a nurse who oozed maternal mirth.

Breaking out in a coughing fit was met with a chorus of well wishing and genuine concern.

"How long has it hurt sweetheart."

I've waged my own wars for so long that I often lose sight of the horizon, of the necessity of recalibration according to the North Star of reality.


The ego is the enemy, and anxiety is its hellhound.

I often hear it scratching at the door of my contentment chaotically, feel its paws as they aggressively dig into the fertile, but vulnerable, soil of my self-love.

Behind the muscle, tattoos, black clothing and scarred knuckles, I am delicate, trembling and weeping.

I yearn for the safety of nostalgic memories, begging myself for a reprieve from my own self-inquisiton.

I grant it, but it's not long before the howls of damnation begin again, echoing ominously off the damp walls of my cavernous mind.

I look down and smile, for I know that I am no longer that defenseless child, but a man, weary and weathered, blessed with the horrible permission to kill whatever threatens him, especially the parts of myself that seek to maim him and do him harm.

Raise your fists against the tumultuous rage of your own private psychoses, and battle them with the fury of the righteous.

They're trapped with you, not vice versa.