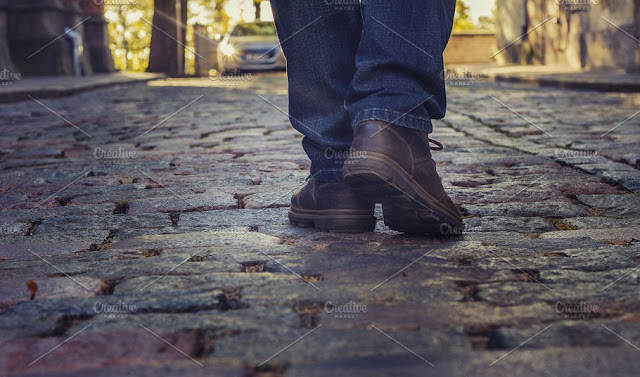 
Life is busy, and as a consequence so are we.

At this moment, I'm sipping my eponymous tea from my mason jar at Surfer's Coffee.

It's my last day off before trudging back to the slave grind.

In reality, the job isn't that bad, but it doesn't stimulate me.

I lack the natural aptitude required to excel amongst my peers in this field, and as such have willfully resigned myself to a perpetual mediocrity.

In several books on the US Navy SEALs, the authors speak admiringly of the highly exalted Gray Man.

He is the Sailor physically and technically savvy enough to perform admirably but adequately, whilst possessing the required restraint to blend in effortlessly with the rest of the group.

The key, they cautioned, was to act with enough finesse to remain invisible, yet simultaneously with enough skill to meet the standard.

This seems to be the goal of my life lately, to contribute sufficiently enough to the group to meet the baseline, yet somehow remain stealthy and unharassed.

Alone in my corner, with my books and thoughts, is the ideal paradise, and its realization would gift me ample amounts of joy.

Right now, I feel the urgent, but aimless, need to be doing something, anything.

Everything, it seems, but what I want personally.

I must continually remind myself that lacking a clear plan or direction for my days, or even my life, is completely alright.

Idle hands are said to be the Devil's playthings, but inactivity doesnt always equate to a lack of productivity.

Even at rest, my tireless mind is laboring, continuous and toiling, but it's okay to stroll leisurely for short periods, rather than continuously sprinting to nowhere until you expire from pointless exhaustion.

It's a relatively slim little volume in comparison to my normal workload, but I love everything related to the iconic, ill fated ship, so I'm more than willing to look past its shortcomings.

The subject of the work, Margaret Ann Brady obviously, offers rare insight into the time period, as well as a uniquely gripping firsthand account of the ship's maiden, fatal voyage.

For me, the veracity of the story is dubious as best, but the answer is inconsequential.

Non-fiction would add weight and depth to the intriguing story of the Titanic, while fiction pays tribute and fitting respect to the memories of the perished and the grandeur of their legend.

In the work, Maggie, as she was nicknamed rather brusquely by her employer, Mrs. Carstairs, takes note of the fashions the women of the era personified.

She finds the practice of donning several layers of embroidered, tailored and gaudy dresses, hats and shoes pretentious and overly extravagant.

She wonders, shielded from judgment by the privacy of her journal, why anyone would go through all the trouble of dressing up so garishly for the praise of others, particularly strangers they share little in common with but similar levels of expendable affluence.

It brings to mind scenes from the inimitable, exquisite movie, a stalwart masterpiece of modern cinema.

Free spirit Jack Dawson deftly plucks the beautiful, enchanting Rose DuWitt-Bukater from her haughty, chauvinistic fiancee Caledon Hockley, by appealing to her humanity and personality, wooing her with charm and the eternal truth of the sincere, rather than relying on the fleeting status bestowed by unearned riches and false bravado.

All of the interwoven tales and myths surrounding the fabled RMS Titanic seem to assert the superiority of substance over style, a universal certainty as concrete as gravity itself, of the power of the heart to pierce and permeate even the thickest of dire circumstances.

And that heart does go on, and on.

In NLP, Neuro Linguistic Programming, one is instructed in a technique called Pattern Interruption.

Its execution involves a sudden, attention commanding physical response when one notices themselves being carried away by a nefarious train of thought.

The immediate physical stimuli diverts ones focus from the hypnotic trance of the pattern, granting them reprieve, and the opportunity to challenge said pattern with logic.

Our anxieties rarely have a basis in reality, having had their subjects conceived there, but, upon their birth in the mind, they're amplified and magnified by ones own psychosis.

These methods allow the sufferer to fight back against their own toxic beliefs and perspectives, and though the payoff is indeed worth it, the daily effort can be arduous, the adversity masquerading as horrifically insurmountable.

These conditions are leviathans,  monolithic masses of unbreakable granite.

But, bit by bit and moment by moment, repeated into infinity, progress is made.

As these compound, crevasses open and canyons appear, gutting the issue from within, until, before you're even aware, you're standing atop a vanquished pile of rubbish and detritus.

I'm reacquainting myself with the concept of internal serenity, the pond in my third eye, representative of my peace and balance, still and untouched.

I'm hesitant to relax and merely observe my energies flow unobstructed, eternally vigilant and pathetically wary of some guerilla threat.

These shadows for awhile fancied themselves my lords and masters, my own dismay causing me to act pathetically servile and obsequious.

Submission to any form of authority is heretical and contradictory to my basest nature, yet I so passively humbled myself before these false idols.

The road to recovery is intimidating and threatening, ridden with crippling potholes, inadvertent barricades and makeshift rest stops.

Yet we're terrified of turning inward, towards the development of the spirit.

The journey has begun already for me, and I'm all the better for it.

Yet panic lurks around every undiscovered corner, immaterial or not.

Still, undeterred I march, towards the ultimate freedom known by few, yet desired by all, whether they're aware of it or not.