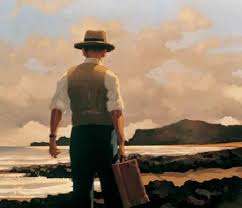 
Morality is a guide for a steady, law abiding life.

The question becomes after a certain point, exactly what laws am I heeding?

Personally, I pay scarce attention to the laws of Man.

Throughout my career and in my adolescence, I've witnessed "superiors" escape consequences for actions that my peers or subordinates wouldve been crucified for solely because of their position or rank.

I firmly believe that authority, when based on bureaucracy rather than true supremacy, physical or mental, is irrelevant, and immediately hard to swallow.

So when those supposed leaders and lords openly and publicly flaunt their immunity to the rules and regulations that you're supposedly enslaved by, a coup is in definite order.

My greatest mentors have been those men and women that never demanded respect, simply because it was expected and willingly given by merely standing in their presence.

They were usually jaded and experienced, but never bitter; such internal condescension was beneath them.

They were humble, modest, and selfless when it mattered.

Theyd scorn the homeless, hostile drug addict smelling of their own foul discharges, but stumble and fight to the front of the line of hospitality for the elderly, the single mothers, and the handicapped.

They were occasionally the objects of snickering and warning by their lessers, in secluded cubicles, closed offices and isolated smoke pits.

But never to their faces.

They smote the Golden Calf and flew the Black Flag, embracing true strength and declaring eternal, perpetual war on groupthink, brown nosing and the betrayal of their principles.

True leaders who spit on the marionettes wielded in the shadows by their machiavellian masters, meeting said manipulators with scathing wit and brutal fist.

Give me the outcasts, barbarians and grinning pirates.


I turned 24 in the middle of the Persian Gulf, bathed in the sweltering heat of a chaotic skullery.

I was in charge of an overpowered water gun, plagued with clearing the detritus and grime from the cheap plastic plates of a thousand forlorn, frustrated Sailors.

One squeeze of the cheap, rubbery handle would unleash a volley of pressurized, scalding water.

My hands were constantly agitated by the foul mixture of questionably filtered hydration flirting with slicing, acidic cleaning products.

I swore some days I could see the bones of my fingers perforatinf my traumatized skin.

Truthfully, I had no idea it was even my Birthday.

Details tend to bunch together until they're mulched and indiscernable at sea, and your focus is drawn solely to the task at hand, with the promise of eventual landfall a glittering star in a deviant sky.

I'd read once about convicts planning their lives in segments of days and weeks, with months being the highest venturable quality.

For a con to even consider the malevolent years stacked against them was to invite madness and suicide.

I took this a step further, or back depending on your perspective, and knicked my remaining time with the demarcation of my daily workouts.

I can recall this instance with remarkable clarity, likely due to the intensity of my surprise.

Relieved at 1700, up in a handstand in the comfortable loneliness of my berthing at 1730.

It was around noon, and though my body was actively occupied by the menial repetition of my tasking, my mind was freed elsewhere, engrossed by a movie of my own design.

I was speeding through the American Midwest on the back of a black chopper in a sprint to meet euphoria.

Scarlet dirt and periwinkle skies strafed me along every corner of the axis, and negativity fled from my heart, replaced by an abundant graciousness and appreciation for the moment.

All inspired by Fly Over States by Jason Aldean, the power of Country music to save your beleaguered, imprisoned soul.

"Gino!", a voice exclaimed, soaring over the rowdy symphony of the machinery around us.

A good friend, anonymous at every mention, brought me a cake.

Two brownies glued together with sticky pink frosting greeted me.

Ignoring the annoyed whining of those behind her, I welcomed my treat with renewed splendor.

Fluttering eyelashes danced like fans on a burlesque dancer, and the pixie was gone.

Later that night, I enjoyed my celebratory gift alone with a book, far from home but completely at peace.


The morning fades into a bristling afternoon as I lounge lazily in bed.

A common misconception about military members is that we're endless repositories of inexhaustible energy.

That once we begin a forward march towards any goal or job, we become possessed by an otherworldly inertia.

The truth is that, save for a few personal motives and drives, were just as idle and indolent as the average civilian.

Or maybe that supposed inalienable certainty only applies to this Sailor.

Gradually, I'll rouse and begin the "morning's" workout, shower and begin my aimless trek through the Waikiki nightlife.

I'll have a beauty on my arm tonight, one worth keeping, and ramen, sushi or bentos sound particularly appetizing.

She'll sip wine at a glacial pace, bronze, pearl or sanguine, dependent on her evening palate, until a reservoir of the drink gradually disappears.

I'll flood myself with the cheap beer favored by the Shirokiya, and we'll toast the night with dual double shots of sharp sake.

I turn 30 in 804 days, a veritable world away, but one previous encounters inform me will speed by with the rapidity of a jackrabbit in heat.

Neither of us can predict the future, or our expected destinations anymore than a meteorologist can accurately divine the movement of the celestial bodies.

But we have the beach after hours, when the tourists have dissipated for fear of attack from the rabid vagrants, who themselves have abandoned the secluded corners we favor for the opulence of the strip.

There's tea at dusk and cocktails in the twilight.

Glances stolen and passion pursued on the grandeur of pursed, expectant lips.

Our time, as is part and parcel in my life, is strangled and minute.

All the same, thank you for being my reverie, and that seat as I ride up the PCH will always be expecting you.