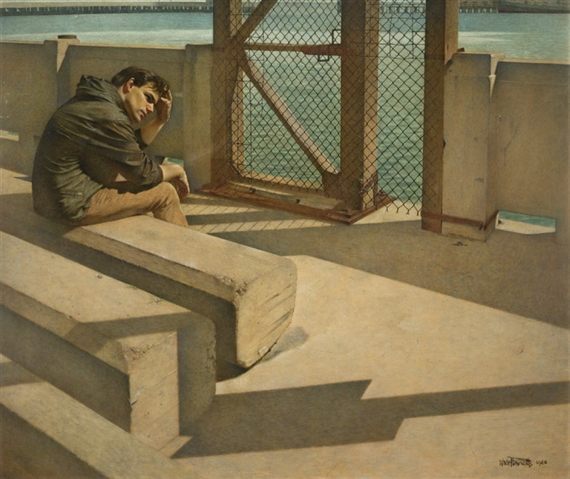 Tonight marked my return to the grappling arena.

As expected, my BJJ skills, though rusty and unrefined, allowed me to weather the chaotic storm of facing the untrained fighter.

The beautiful thing about technique in any art is that it provides a precise weapon, an accuracy that focuses and guides your raw, bludgeoning strength.

The downside, however, is that, unless you train enough to truly engrain the skill in your muscles, your mind will always remain conscious of your performance on some level.

This is natural and expected in the first few weeks or months of mastering a movement.

However, if you train infrequently, like Ive been forced to by circumstance regarding BJJ, your progress is stagnated by a previously helpful natural process.

Placed into perspective, my opponent tonight was a 21 year old, 210 pound ox.

He'd had no prior training, and was hardly a threat, but his unremarkable martial education led to an unpredictable bout.

In class, things are slow, controlled and manageably explosive, only leaping into the realm of the animalistic when true sparring begins.

But because everybody is versed to varying degrees in the art, you're able to somewhat predict the future of the roll.

This accelerates your learning and fast tracks your competency, because you're consistently working within the framework of that flavor of combat, but when an adversary behaves measurably different, straying slightly from the summation of your experiences, you stumble.

Obviously your training prepares you for this, but it can be jarring and rattling to encounter a barbaric, unknown variable.

In the first contest, he shot, I fell willingly, riding the momentum, and caught him in a guillotine.

The choke is my bread and butter, partly because it's natural for me and serves my strong, short and stocky arms well, but mostly because I fucking suck at BJJ and it's the only technique I can call upon reliably from my rather limited arsenal.

In the second round, we danced awkwardly in a strange amalgamation of a drunken waltz and a Greco Roman clinch abortion.

I tried to muscle my way through, and I did, both to my pride and detriment, before he ran me through in a rhinoceros charge.

We ended up on the ground, him on top, sprawled and thrashing like a beached fish, and me pathetically attempting to hook his screeching right leg with my left one.

Eventually, I conceded, granting him the win.

We shook hands and I felt reinvigorated and motivated to make my auspicious return to the mats.

We've agreed on a rematch tomorrow for the title of Champion, and I'm eager to claim it.

My ego will accept nothing less than total victory, and though I've written about killing it in the past, I'm nothing but a human being, flawed and falliable.

So, for the foreseeable future the sage advice can go fuck itself.


The question encroaching upon me, like waking death stalking the fatally ill, is what I'll do after my release from Active Duty.

As any regular reader of my fucked up little corner of the Internet can ascertain and attest to, my interests are writing, fighting, physical culture, and reading.

Not immediately as profitable as being mechanically inclined or scientifically gifted, but an egghead cant walk on his hands, and girls send nudes for poetry, not replaced water pumps.

Temporal gain has never driven my devotion to my passions, and I'd sooner slave away in a hollow corporate nook that doesnt fulfill me than relinquish my dedication to the personal pursuits that keep me sane in a decaying world.

Truth be told, all I can think about when I picture life back at home next year are books and boxing gloves.

In an article at Plague Of Strength, the venerable Jamie Lewis writes of men he knew in England that would lift for several hours daily, inbetween restful sessions at the local bar for beer and burgers, to wile away their golden years and pensions with purpose and zeal.

I envision a similar storybook existence for myself; a short reprieve from life's mundanity, drudgery and demands.

Mornings spent practicing my beloved Hand Balancing, the nucleus from which all of my physical prowess stems, either in the jade grasses of my Marina as I'm kissed by the morning breeze gliding off of the frigid waters, or in 24 Hour Fitness, my first gym, hunkered down in a corner, simultaneously training my body and performing an equilibristic show for awed onlookers.

After a refreshing shower, I'll drive, or walk, depending on the location of my first workout of the day, to Barnes And Noble, my ever present global safe haven.

After selecting a tome at random, I'll settle in for a few hours of leisurely reading until around noon, when I'll meet my Mom for lunch at Mimi's Cafe or Johnny Carino's.

This is the part of my idyllic 24 hours that I've imagined the most, customizing and perfecting it to the smallest detail, intricate and fine.

A fantasy beheld in the world's oceans and the country's bases, I'll grow so drunk on it I'll be unable to stand steadily by the conclusion of the meal.

I could easily pass the rest of my life in this manner, an disinterested observer of the perpetual grind rather than a beleaguered participant.

The Summer of 2020 will certainly be luxuriated in in this manner.

Perhaps in the Fall I'll begin my search for the gainful employment promised to all young men by their impetuous recruiters as a reward for their years of selfless service and sacrifice.

Or, driven by my own instincts, maybe I'll enroll back in college, settling in as a Literature or English major.

Id become the old man I used to grieve for at 18, when I took solace in the fact that, no matter how badly I did, at least I wasnt still laboring towards an Associates in my late 20's.

The world will be my oyster, and I'll be blessed no matter which path I start down, whether it's worn and familiar or untilled and hazardous.

Either way, it can forget about me for awhile, or even believe me dead, condemning me to obscurity.

I'd claim I didnt give a shit, but I'd be lying if I neglected to admit that I harbored an overwhelming preference towards the latter.