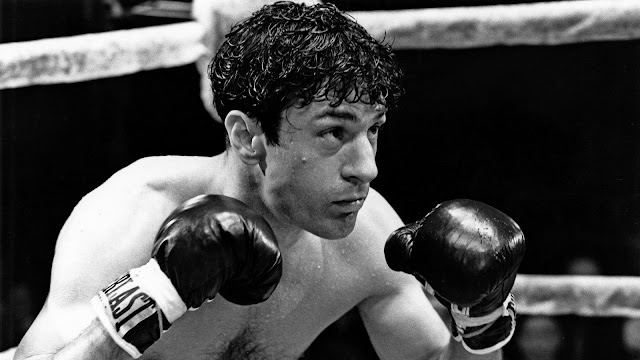 My eyelids are sagging like a 90's throwback, and my countenance is just as slack.

Alice In Chains is serenading me through the speakers, Layne Staley switching on a dime between tortured, soulful crooning and agonizing, powerful wailing revitalizes me, beckoning me to escape this fatigued somnambulance.

I've been pushing myself through punishing 2 a day boxing workouts lately.

They both indulge my fistic passions as well as fortify my drunkenness on what some would deem a pipe dream.

Lately, I've had designs on competing as an amateur, and the admission of this has drawn hesitant encouragement tempered with well meaning caution at best, and outright ridicule at worst.

I've been told I'm too old, not skilled enough, lack experience, and have my head lodged firmly in the stratosphere.

The thing is, I know these condescensions to be factual.

I wish I would've invested far more effort in my adolescence.

When my coach stayed late to train me on the finer points of shovel hooks, I gave him a lackluster, pitiful effort in return, my mind focused more on parties in the rich neighborhoods of Vacaville, California and girls I'd never fuck than on the veritable gold mine of pugilistic genius at my disposal at the moment.

Expectedly, and justifiably, he eventually abandoned me to paw listlessly at the heavy bag, angrily stomping away to count down the wasted minutes until he could close up the gym.

Now, on the precipice of 28, looking back on that previously innocuous afternoon, I lament my squandered chances.

With solid candor, I can securely state that I was a horrible student.

At 15, I wasnt underdeveloped or stunted in a medical sense, and was blessed to not be afflicted with any infirmities or maladies.

But, even with the benefit of a healthy, fit body free of disability and disfigurement, I was near the bottom end of the chart in terms of sheer physicality and athleticism.

I was uncoordinated and flailing, my limbs and trunk jostling around like a collection of unwieldy scrap metal rather than a concentrated, powerful weapon gliding in violent unison.

I was weak, lacking any meaningful amount of the strength I glow with now, and I was stricken with an inability to harbor even a modicum of discomfort.

My punches were awkward and stiff, my footwork mechanical and stubborn.

At the gym, I learned to blend in with the shadows, to dance in everybody's peripherals.

I'd assumed, like I did with every challenge I encountered as a scared kid, that I was cursed, damned to fail at yet another undertaking.

But, fortunately in this case, a seed had been planted, a lump sum of cash invested, that only needed time to grow.

Years acted as the soil, and it was fertile indeed, watered unceasingly with my blood and perspiration.


I would rediscover the martial art ages later on the Atlantic around 0230.

Wandering around after a workout, I was disappointed to still find myself in possession of feelings of bountiful restlessness.

Skulking through the red light, my ears pricked up at the distinctive snap of mitts being slammed.

Intrigued, I sought out the source of the sound.

Excited, I came upon a group of 3 Sailors rattling off machine gun combinations to the rhythm of the coach's cadence.

Taking notice of my intrusion, they invited me in, inquiring if I had ever boxed before.

Before I continue further, I'd like to remind the reader that at this point I was in spectacular shape, capable of feats I'd never have believed just a year prior.

I would regularly perform numerous sets of handstand pushups at 25 reps a piece, the breakneck pace a mere afterthought, so easy it was for me.

I had discovered my training modality, and had fallen into it lovingly, swept up by both my newfound muscular development and burgeoning power.

In this instance, I was unprepared and in the dark regarding the force I could muster while punching, but I was soon to be forcibly acquainted with it.

Bareknuckle, I hammered the targets with jabs, straights, hooks and uppercuts.

To my unabashed egotism, the Sailor maneuvering the pads requested a reprieve.

Apparently, my contact was so explosive that I was hurting his hands.

The session concluded, and my new residence was Cloud 9.


The motor skills and movement patterns my conscious mind had long ago tossed out had never left me, but had remained surreptitiously, hidden away in the depths of my muscles, engrained and tattooed.

It was then that I realized that Hand Balancing employed in collusion with Boxing could be my salvation.

The methods, though hardly my purview solely, naturally complimented each other.

I saw, and see, in Boxing an opportunity to employ my unique physical talents in a personally satisfying way.

Now, forcibly drug back to modernity, I recall Rocky Marciano, the greatest heavyweight of all time in my opinion.

After returning from overseas service during World War 2, he instantly dedicated himself to the pursuit of his only sight; becoming an MLB professional.

Fate intervened, however, and decreed that he would instead take the mantle of Heavyweight Champion Of The World, earning immortality in the process.

He was given no motivation or positivity.

Both his height and reach were too lacking to fight in the Heavyweight division.

He was combatively uncouth, missing finesse and general skill.

But he was animalistic, gorilla strong with predator instincts, as well as an ardent perfectionist.

He met each training period with monastic zeal, once remarking after a famously brutal loss that no one would ever exceed his level of conditioning.

This is what I relate to most.

I fidget at work continuously, eternally studying matches and sneaking away to train in the attached gym.

Perhaps my private ruminations are nonsensical, my imagination unquenchable.

I too lack grace and technicality, and my age is an unconquerable hindrance in the eyes of some.

But I'm deadly strong, with an accurate, screeching jab/cross combo and the persistence of the desperate.

While it may not seem like it at times, I love my employer.

I'd always felt the call of service, both as a consequence of having a Veteran Father and admiring men like Carlos Hathcock and Bill Pearl growing up.

But I fucking despise my vocation with the odiousness of the scorned.

This goal, this purpose has relit the flame of my motivation, a fire I'd mistakenly allowed to grow tepid.

As it begins to rage once more it will mimic me as I lash out aggressively at the encroaching mediocrity that seeks to imprison me.

To do any less is to spit in the face of God.