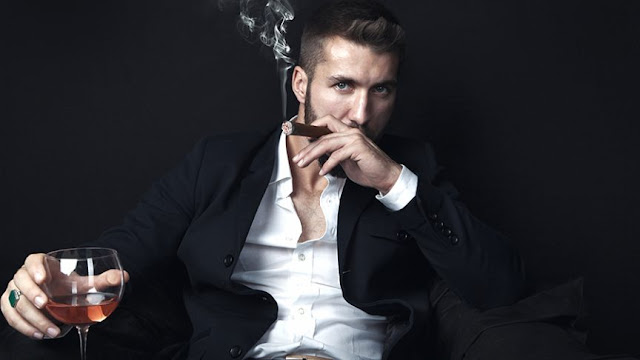 The way I walk was and is termed Invisible Lat Syndrome, even though I was and am larger, leaner and stronger at a lower bodyweight than my detractors were at their higher ones.

My bookish nature deems me socially awkward, despite the fact that I was the one starting conversations with future friends and romantic prospects at bars while my temporary group sat silently in the corner, pathetically admiring their pitiful reflections in the oscillating murk of their happy hour draft beers.

And now I'm evidently stained with the disease of misogyny.

Nevermind the scores of women that have come to me privately, completely absent any coaxing by me, to safely confide their stories of sexual assault and abuse.

Despite the fact that I hail from a family where women far outnumber men in both the Maternal and Paternal lines, and either of my Grandmothers would feed me my own stillbeating heart if they detected even the slightest hint of misogyny or chauvinism nascent in my being.

Cast aside the poetry, both rhythmic and free verse, that I've composed for past lovers, the majority of whom printed and framed my offerings, and would certainly vouch for my character today if called upon.

According to this shadow shrouded shrew of a human being, I am a misogynist, a terrible creature filled with unnerving hatred for the fairer sex.

I find myself  harboring an inability to understand their logic and reasoning, or lack thereof, rather, because these slanderous accusations are so ridiculous and inane.

Its akin to arguing with a 3rd Wave, misandric Feminist. Their, and this impotent cretin's, aborted arguments are so invalid, so inexplicably far out, that they are impossible to grasp with rationality, simply because they are confoundingly irrational to begin with.


As such, I felt explanations were in order, and a treatise was warranted.

Words are my lifeblood, and given that my 1000 daily word count hasnt been fulfilled yet, I've decided to use your amusing little ass as target practice.

Not from the group at large, as I'm hardly a pariah, but from the ever present contingents that seem to populate wherever fate decrees I venture next.

Like hellhounds, they are constant pursuants, an incessant thorn in my beleaguered side.

I've been denigrated as a douchebag, a faggot, a spick, a bitch, pussy and coward.

In my adolescence and upward, I would cry privately, sequestering myself hurriedly behind walls of fear and aversion.

Books and fitness, from the scholastics I abandoned at Armijo to the wars, both personal and pronounced, that awaited us in the Gulf, were my only friends, my stalwart, comforting companions.

I've often said that I work with my hands like an artisan.

But unlike my mechanically gifted family, I toiled in a different way.

Wielding a pen like my Father and Uncles deftly maneuvered wrenches, I carved out my own niche in this callous, indifferent world.

The ability to stand on my own two hands cemented my place here.

It gifted me rough, deep seated strength, a bombastic punch in both fists, and 50 pounds of lean muscle, all earned over the course of several confrontational years, marked by the solitude and salvation only a true outcast can know.

So, in short, your admonitions mean jack shit. In the past, I ignorantly attempted to recede into myself, to behave more piously socially, in an attempt to endear myself to my attackers.

I withheld unpopular opinions, permitted slights to go unchecked, no matter how disrespected I felt, and worked to straddle the line between milquetoast and obnoxious.

The result was that my enemies doubled down on their ridicule, while potential prospects, both romantic and friendly, abandoned me.

As they should have, because my lack of a backbone was disgusting and indicative of a lack of self-respect.

Rather than mimicking the actions of my peanut gallery, I surrendered to groupthink.

A Wolf has no business surrounding himself with bleating, cancerous Sheep, yet I did just that, eagerly and voraciously.

I just wanted the shit talk and lack of acceptance to stop.

What a fool I had degenerated into.


The universal trait that all bullies share is a lack of courageousness.

When you meet their disrespect with hostility, they inevitably and invariably falter, retreating behind the excuse of innocence.

"I was just joking bro."

"Quit taking everything so seriously."

To stand down in the face of surreptitious disarming like this is to delude yourself into damnation.

Meet farce with fist, consequences be eschewed to the winds.

Operation Werewolf founder Paul Waggener, in a spoken word recitation of a piece from his prodigious, prolific published works, recalls the time he first put somebody in the hospital.

He pontificates on feeling in touch with his, and our, bestial nature, remarking that, standing victorious above a beaten and battered opponent, he felt the most human he'd ever been.

I find kinship in these words. Blackening eyes, bruising throats and manually gouging eyes so deeply the assailant's, not victim's, sclera resembles the the erratic branches of a bloodshot tree, was scintillating and enlivening.

I've been accused by my lessers of embellishing my resume of violence, but God, myself, and assorted maimed miscreants know the truth.

Whether at sea, in a back alley, or in the now, where the mouthy and arrogant are favorably and luckily protected by rules and regulations, I invite those cocksuckers reading this to come test my pedigree up close.

You know who you are.

I've spent the last few years maneuvering along a tightrope, dangling above my fighter's instincts, taming myself and reintegrating into the world at large.

As such, I invite your attempts to demean, deride and denigrate.

I bathe in your disdain, percolate in your disgust, and grow nourished by your abject hatred.

Make no mistake, I am your superior, if not temporally, than physically, mentally and spiritually, with heavy emphasis on the first two.

If you think this statment applies to you, then it likely does.

I can state my ascendancy so confidently because I've never had any problems with those who exceed me in a given area.

The behemoths lumbering through the dojo and weight room that could decapitate me with a slap were ebullient teachers and loving friends.

Scholarly types with lexicons as deep as the Marianas Trench educated me with fervent resoluteness and mutual compassion.

It's only those equal to me, or those that I outclass, that became adversaries, admittedly the latter far more frequently than the former.

Because they're weak, useless, and insecure.

Whenever I was confronted by somebody better than me, I showed them respect and admiration.

In turn, they reciprocated my benevolence and desire to evolve.

But you, you skulking, irreverant hater, are of a lesser breed.

When I extended my hand in joviality, you spat on it.

So dont feign surprise when it clenches and attacks.

I'm aware of my reputation, its complexities and viscissitudes.

I dont give a fuck.

Your hate vindicates and empowers me.