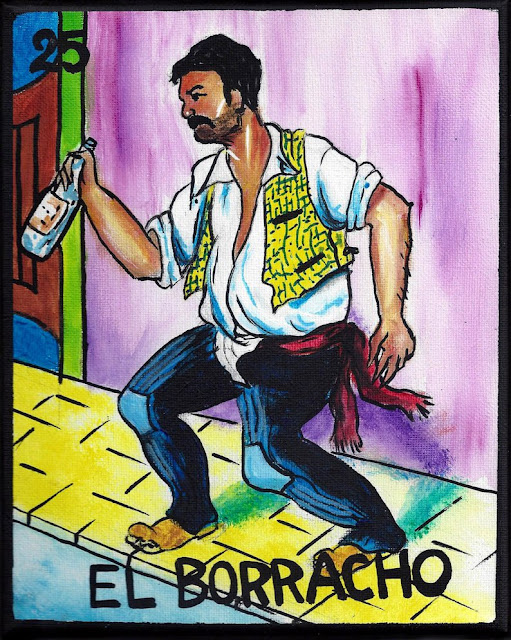 The act of training with limited means, both physically and nutritionally, has always fascinated me.

During the 1940's, men like John Grimek, Clancy Ross, Steve Reeves and George Eifermann made astonishing gains during wartime, both stateside and overseas, on relatively minuscule diets, if not calorically than restoratively.

John Grimek lived for awhile on bread and coffee during The Great Depression, while Steve Reeves improvised on leg day by squatting for hundreds of reps with a 100 pound barbell, the sole equipment available to him during World War 2.

Perhaps this explains my oft ridiculed and mocked affinity for the routines of convicts.

At sea, I feasted on volumes that inadvertently extolled the apparent virtues of incarceration for bodybuilding purposes because they both inspired and sustained me through lengthy maritime separations from civilization.

In Jailhouse Strong by Adam Benshea and Josh Bryant, a guard interviewed tells of an several convicts in their 60's that, after adherence to a daily regiment of pushups and situps, 1000 of each to be precise, 7 days a week, sported the physiques of 30 year old men in the athletic primes of their lives.

Another anonymous inmate is referenced that used pullups, dips and situps to craft himself 265 aesthetic pounds of dense muscle.

Kali Muscle, famous YouTube bodybuilder turned entertainer, not only created a brand based off of his misfortune, but graciously detailed his workouts in his biography, Xcom To Icon.

On a diet of white rice, prison rations, and his infamous quote "Honey Buns, Dippin Sticks and Tuna Spreads", he was the largest man in both county and federal lockup on routines consisting of pushups, curls, triceps extensions, and calf raises, all bodyweight and for incredibly high reps.

Once again, 1000 was the order of the day here, though for some that was merely the minimum.

An Aryan Brotherhood member, profiled in The Hot House: Life Inside Leavenworth Prison by Pete Earley, known only as Lion, began his day with 1000 pushups.

They were performed in under an hour, and served as his warmup, before he hit the weight pit and track for 2 hours.

Everyone has heard of the notorious Charles Bronson, Britain's most violent prisoner, which isnt a self-proclamation, but an awarded one, and his legendary bodyweight workouts and feats of strength.

He's bent bars, torn through double sets of handcuffs and straitjackets, tore a fully loaded washing machine from its connections before lobbing it across the room, and punched through bulletproof glass windows.

All on a diet of porridge, or as he deems it in his manual, Solitary Fitness, prison swill.

Lastly, and perhaps most reverently, we have my own personal Bible, as in I can quote it down to the page number, Convict Conditioning by the enigmatic Paul "Coach" Wade.

Sent to some of Caifornia's most notorious prisons for a total of 19 years spread over 2 imposing terms, he mastered the art of Old-School Calisthenics under the tutelage of his mentor, Joe Hartigen.

His system of progressive calisthenics, dubbed The Big 6, consists of a series of exercises across all planes of human movement, culminating in the ultimate step for each one.

They're the One Arm Pushup, One Arm Pullup, One Leg Squat, Hanging Leg Raise, Stand To Stand Bridge, and, the Holy Grail of Calisthenics, One Arm Handstand Pushup.

Each goal is broken down into 10 steps, with each stop on the journey gradually ramping up the difficulty and intensity from powderpuff to Olympian.

I'll avoid delving into complexity here out of ironclad respect for the author, but this is far from the first instance where I've mentioned this remarkable tome.

I recieve no compensation should you purchase it, save for the intangible satisfaction of helping a fellow athlete achieve their budding illustriousness.

After such a lengthy elaboration, I thought it wise to provide some meat for those rather verbose bones.

What follows is a routine I've used at various points in my life.

We all have differing focuses, plans and aspirations, but in the grand scheme of things our desired destinations arent all that dissimilar.

Take what you need, and eschew the rest.

I'll shut the fuck up and step aside.

10 Sets Of Handstand Pushups Into Infinity


In the summer of 2012, after being released from my own prison, Navy boot camp, I was ravenous to begin training again.

I've always said it, and ousted many corpulent tempers clear from their high horses in the process, but unless you're a Marine, Soldier, or involved in the Combat Arms, Expeditionary or SpecOps communities of any branch, military PT is a fucking joke.

It goes without saying, but after 2 months of running several miles a day on starvation rations, and actually being punished for supplementing our jogging version of the Trail Of Tears with inhouse training after lights out, I was eager, angry and itching to get back on my own path.

Once safely back in reality, and far away from orally frothing psychopaths, I caught up with one of my favorite blogs, Chaos And Pain, now Plague Of Strength.

Of the bevy of new articles waiting for me to feast on them, one profiled Bev Francis, a prominently distinguished female bodybuilder who bench pressed 331 pounds at 181.

For the sake of brevity, she stated that her bench routine, which always featured wildly fluctuating reps, never consisted of less than 10 sets, sometimes reaching 20, the total being reliant on her mood and disposition that session.

I never performed less than 10 sets, and started with 1 Handstand Pushup, eventually working my way up to sets of 15 over the course of a year and a half.

I've given this routine to nearly everyone I've coached or mentored.

Its beauty is in its universality and adaptability.


If being used for Handstand Pushups/Pullups/Pistols/Gymnastics Skills

Once again, into infinity.

The general rule is if it's low tension and breezy, use the latter template.

If it's high tension and your body is racked with spasms, use the former.

I've never worried about tempo, as I consider that extraneous, irrelevant minutia.

Some days I did 1 set in the morning and 9 at night.

I'd do half before my shower, one right after to dry off, and the rest before dinner.

Execute as your priorities, demands and whims dictate.

I'm not good at these, and I've despised them since 5th grade. So enjoy this attempt.