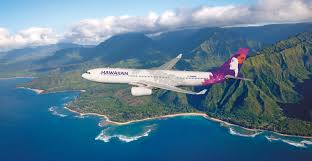 Hawaii, aside from where I'm employed, is gorgeous.

I'll admit that my sartorial leanings, however, have fallen by the wayside, due to both circumstance and laziness.

I struggle valiantly against the omniscient tropical breeze, clad in Levi's and cowboy boots.

During the relatively calmer winter and autumn months I'd don a beanie or black denim trucker jacket.

These would only last a few hours however, as the temperature would invariably rise and I'd once again be forced to strip by the overbearing warmth.

It hums and errs continuously in the background like an efficient A/C unit, prodding and poking, reminding me that the lowest the thermometer will ever drop is to the iconic 75, with the sun an assumed afterthought.

As my time draws ever thinner here, I've allowed my mind the privilege and indulgence of fantasizing about the battlegear Ill once again be garbed in.

There are many benefits to living where others vacation, but one of them is certainly not the expression of my own personal style.

Black T-Shirts and Tan Cargo Shorts mixed with random Vans may be classic Southern California, but I generally prefer something sturdier.

And, despite the fact that I'm currently holding them hostage with my apparently horrid feet, I will forever hate flip flops.

The modern bearskin of the road warrior.

A favored mainstay on both my back and my coat rack.

Growing up around bikers, my Dad, Uncles, and their friends namely, I was enraptured by this rebellious article.

It captivated me, screaming freedom and bleeding confidence.

I longed to join them all, to embody their independence and reckless fearlessness.

As an 18 year old neophyte bodybuilder, all of 134 pounds, I'd wrap my Uncle Tony's XXL canvas around myself like a security blanket, appearing comedically tiny but feeling boisterously brazen.

I'd later grow into that same jacket, eventually diverting from my family and friends in my tastes, preferring a tighter, fitted piece, rather than the lumbering, loosely gripping choices of my predecessors.

This earned their good natured derision and cemented my identity as a worthy heir to our own unique niche of American Outlaw.

Several of my friends ride in assorted clubs now, and I'm eager to join them, to trade blue for black.

The clock is ticking.

My childhood footwear was a unique juxtaposition of Vans skate shoes and miniature cowboy boots.

Chalk it up to having a father from South Texas that, in addition to being enamored with California from a young age, was baptized vicariously by the priests of Dogtown and Zephyr, led by Tony Alva, Stacy Peralta and Jay Adams.

The result was that I'm able to literally run in heels as fast and fluidly as somebody clad in Nike trainers.

My obviously overbearing stature led me to lean towards boots as my primary footwear, because when dealing with high school girls, every inch counted.

Though I eventually outgrew this insecurely primitive mindset, my affinity for Justins, Timberlands, Red Wings and Durangos stubbornly remained.

Siphon out the garbage and you're left with the gold.

As previously stated, I've often faced the astonishing Summer heat on Oahu kitted up in 513's and Durangos.

If I ventured out near dusk or in complete darkness, I was somewhat fine.

The muggy humidity was fended off by the late hour.

If I opted to ride out during the afternoon, however, I was DOA.

While I may abhor the snow, and enduring rain and sleet arent my favored activities, I'll begrudgingly meet them with modest courteousness if it means I can once again don my preferred sole protection without being buried alive in a furnace.

Slim Straight, fitted nicely but loose enough that you're able to avoid association with the infuriatingly banal hipster crowd.

I've attempted Wranglers before, but despite my aforementioned boots I'm no poseur urban cowboy and refused them immediately, much to my Dad's disdain.

Reminiscent of Sonny Barger's stripped, Spartan chopper, I believe jeans should be understated, clean and simple.

Trends pass, but Style is eternal.

This is gospel, and nothing is more stalwart or legendary than a worn pair of dark blue denim jeans.

My friends have attempted to entice me into dabbling in their respective looks.

Distinctive and versatile are the order of the day, adornment or not.


If this piece was a bit solipsistic, I beg your forgiveness.

I was mired by homesickness, and drunm on the excitement of my approaching return home with old buddies in a chaotic group chat.

I've said before that, unless one is a native Hawaiian, you can never really know them truly while you're both imprisoned on this opulent rock.

The vast majority of us arent Islanders, and our individuality is dampened by our surroundings.

The incessant sunlight and rabid heat demands we show skin and fleet about in loose fitting, light clothing.

Hardly a horrible thing, especially regarding women, but it's similar to how the East Coast requires adherence to a strict dress code of  heavy jackets, stretching scarves, and esoterically amusing balaclavas.

As fun as it's been, I'm eager to realign myself with my own private uniformity once more.

My tan can fade, as long as my tattoos remain sharp.

Life can increase its presently glacial pace for me as I rejoin my life on the Mainland.

My exile in Polynesia's Elysian Fields has nearly concluded. and while I'll yearn to relive the memories dearly, the time has come to sail on, back into the embrace of, in a departure from my past, an uncharacteristically comforting and certain horizon.

I may hold on to the Adidas flip flops though.

They're hardly a hindrance on the beach, and double as decent shower shoes.