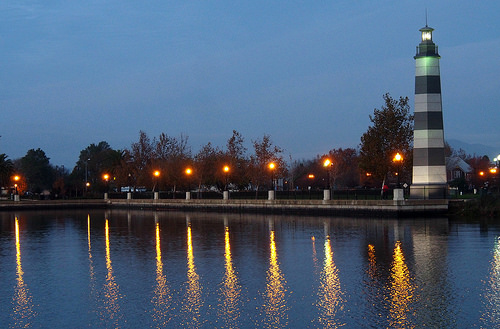 
For too long I've harbored the one-sided shadows of former relationships. Torturous, rapid bombardments of perceived slights and ridiculous thought crimes. I've stifled my own opinions on everything from politics to religion, the two classic hot button issues, paragons of ostracization and dogmatic pollution.

The ghosts of the past are insidious and seductive, causing me to view them through rose-colored glasses for a formerly indeterminate amount of time. Yet now, in the absence of that old, familiar love, the grip of nostalgic fantasy has been loosened as my naivete is strangled by harsh reality.

Gasping for breath, it attacks me with a battalion of its best memories, a company of incomparable moments, countless divisions of dreams rendered dead by inaction and hatred. In the end, we all die alone. In those final, fleeting hours, we'll be surrounded by a devoted, compassionate family if were lucky, holding and pumping our aching, calloused hands as we inch closer to the approaching ligh, a beacon of hope in unfathomable darkness.

Yet, as we depart for the last time, we make the journey with ourselves as our sole companions, the only remnants of our existence a fragile, withered shell and a cadre of despondent, shattered relatives. Love others wholeheartedly and unabashedly, but remember that, when those final curtains are drawn, whether on a horrendous day or as you shed your mortal coil, you can only profitably invest your reliance and hope on yourself.

Therefore, don't neglect your heartaches, dormant dreams and instinctive passions. Drive towards that light guided by your sense of inborn purpose, secure in the knowledge that nary a spare second was wasted or sullied.

I once swore allegiance to a mirage. My heart was broken nearly 4 years ago, and the wounds have long since scabbed over, the crust of hardened blood and flaking skin a chrysalis, sheltering the growth underneath, a canopy of remorse and regret.

The scars are apparent and brazen, but not disfiguring. I am a warrior by trade now, even when shackled to a fucking desk, and as such, I wear my imperfections as armor, flashing them loudly and directly, daring critique to face me. The word "love" is a loaded gun, smirking cockily and confrontationally at those who wield it with immaturity and non-chalance.

I've said it 3 times in my time on this Earth to an equal number of lovers, and meant it in every circumstance, because I respect the power it commands. It's been written that the sheer act of penning any language down, capturing it on permanent paper in indelible ink is called "spelling" because that's exactly what it is; casting an incantation.

The writer becomes a warlock, witch, magician, and conjurer all at once, evoking the ancient strength of words, which themselves are capsules, vessels that harbor and house every emotion across the vast, primordial and limitless spectrum of the human experience.

Love is akin to a nuclear bomb in this instance, and when it detonates, it either acts as a personal Big Bang, birthing new, shared universes, or fashions itself after the offspring of the infamous Manhattan Project, leveling its victims impartially and coldly. Should I speak its unflappable name again, I will essentially be committing suicide, because my own heart is on its deathbed.

Today I was finally able to seclude myself publicly, oxymoronic as the declaration sounds. Since discovering Book Off, a chain of used bookstores that offer the same wares of Barnes & Nobles at literally $1-$5, my ecstasy has skyrocketed. I feel as though I've fucked 90's era Pamela Anderson before finishing with the delicacy that is Alexis Texas. Hilariously hperbolic, but entirely truthful.

The work in question was Million Dollar Arm by J.B. Bernstein. It tells the story of the author's attempts to break novel, virgin ground in the sport of baseball by combing India for undiscovered pitching talent. The idea struck him suddenly while he perused TV land absentmindedly around 0300 one night.

After arriving at a cricket match, the excursion in question being the national pastime, religion and obsession of the Indian people, he noticed the similarities between the games, specifically the skills of the pitchers. Since the book has been out for a few years now, having been adapted for the big screen as well, with John Hamm playing the writer, I needn't worry about spoilers. This isn't Infinity Wars, and I'm not internet troll while sober.

The crux of the tome for me was the inspiration inherent in the pursuit of athletics. A powerful left and right arm, respectively for both young Indian men, resulted in hitherto untold fortunes for them and their families. I enjoy the biographies and autobiographies of athletes for this reason particularly.

The repitition inherent to their practices can be applied to any endeavor, and the promise of hard work actually paying off is intoxicating. I finished the book over the course of 2.5 hours at an Applebee's bar, undisturbed and content. I recall placidly a monologue from Damien Echols, author of Life After Death.

He spent 21 years on Death Row, wrongfully incarcerated by a vengeful, unjust system as part of the tragically infamous West Memphis 3, a group of teenagers who were, in a disgusting and disturbing aberration of judicial process, tried and convicted solely because of the fact that they were different. In a Bible Belt town, they had the individuality and courageousness to wear black and listen to heavy metal, to express themselves without reservations.

Charlatans posing as lawyers pinned the sins of an animal masquerading as a man on them, and they were incarcerated. In his book, Echols speaks of books as his lifeline, crediting them, along with his fastidious, ironclad love for his wife and the tireless and laborious efforts of supporters literally worldwide, as being integral to him maintaining his sanity whilst entombed by a vicious miscarriage of justice.

Reading it at sea, the message rang clear as day, striking as church bells penetrating a murky, heavy fog. On evenings like this I thank God for literature, for its expertise at transporting me somewhere else, offering insight into the human condition and my own soul by proxy. My bag is heavy with bounded pages and fresh bindings. I'm blessed.