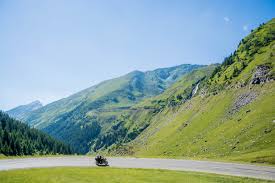 
My days are mercurial, either slightly off-kilter or abnormally enjoyable.

Today, after the conclusion of my morning workout, I noted a hollow yearning, a hunger whining from my stomach that wasn't physical in nature.

A friend of mine posted on Facebook that he has grown tired of military life, mostly because he just witnessed his Grandfather's burial and following service from a cellphone video sent by his Mother.

It's an unfortunately common experience that tethers us all together, to varying degrees of grief and impact.

I lost an Aunt on deployment, and, after encountering all of the expected feelings one would associate with such a devastating occurrence, I simply resigned myself to solitude, literally and otherwise.

Quickly, I sought out any semblance of privacy and seclusion I could scrounge together on a mammoth warship and sequestered myself within it.

I allowed the enormity of the situation to wash over me, bathing me in heartache and steeping me in suffering.

I cried quietly, before coming to the unwanted conclusion of the moment.

Regardless of how I was feeling and trudging through this ordeal privately,  I was on my own, plummeting through an abyss that was perceivable only by me.

There was still work to do, and an incomprehensible level of success was dependent on all of us performing cohesively.

We were to be efficient and productive, focused solely on the task at hand. Emotions were quarantined, given any spare minutes that could be reliably cut and allocated.

Of course, the collective is always more important than the individual, especially when it comes to this profession.

I am in no way denigrating us, or belittling a system and way of life that, from the outside peering in, can seem unfathomably asperous.

But, after spending several years grinding through it all, you start to realize what you've sacrificed personally to be there, the portion of yourself you've sliced and jettisoned off into the void.

There comes a time when you must tend to your own poorly stitched wounds, and finally water your once bustling, booming familial garden, which has devolved into an arid, deserted imitation of what it formerly was.

Home is no longer solely confined to a simple dot on a ripped, distressed map.

It is a divebar in Norfolk, VA, where the bartender/owner, a stunning blonde with a propensity for obscenities that shames any man, scolds you post-breakup to quit being a pussy because, "you may be stupid, really fuckin dumb, but you aint ugly kid".

A coffeeshop a few rowdy blocks from ODU that spins old gypsy jazz by Django Reinhardt, the guitarist with two fretting fingers.

It's one specific booth in a Wafflehouse in Pensacola, FL. Not the whole establishment mind you, but simply a single corner of it, dilapidated cushions stained permanently by coffee, grease, and few tastefully placed traces of vomit.

Luxury is overrated, and comfort is whatever level of disintegration you're presently alright with.

A hotel room eternally on call for you and you alone, all because the head receptionist has taken a liking to you, and the owner claims you're a Mexican version of his little Brother, a veritable doppelganger and illusionist.

Or yet another coffeehouse, owned by generous Christian surfers rather than Southern beatniks and hippies this time around, kind enough to support your habit by naming a drink after you. Literally.

California has been calling for years, wailing and pleading for my return. My soul reaches out for my beloved state, and my odyssey has nearly come to fruition. I'm just unsure about the fruit it will bear.

I miss my family daily, though at times it lamentably may not seem like it. Communication has been cursed to a glacial pace at times, though hostility of any sort is hardly the reason.

When I left, we were all still children, living underneath the glow of a post-high school sun. Now, everyone is married with children, nearing another graduation, from college this time around, and leading vastly different lives.

I haven't been back in almost 1.5 years, and have no doubt that I'm returning to a vastly evolved and shifting landscape.

I have cousins that hardly know me, likely possessing only a few precious memories of my visits with them, recollections made hazy and granular, dimmed and hampered by the obscurity latent in recalling experiences from such a young age.

I've dreamed nightly of hanging it all up, concluding this chapter of my life, and flying back to San Diego.

There, flush with cash and wealthy in wisdom, I purchase a secondhand yet pristine Triumph or Harley, black as the furthest reaches of space.

Unrestrained and uncaged, I speed home, wind flowing through my wildly long hair, beard matted and marred, shielding my face from the cruelty of the open road.

Pondering the obscurities that await me, I hone in on family, my stalwart island, rigid and resilient. They seen me off, and now they welcome me back.

I arrive on the back of dawn, flowing with the waves of undulating heat until I'm safely deposited on the shores of my hometown.

What I've arrived at bears little resemblance to what I knew when I departed, but it isn't horrible, it's inspirational and refreshing.

I've been absent far too long, and new carriers of our legacy await me.

I've chased my goals, aspirations, desires and visions around the world, undaunted by heights deemed lofty by those blinded by fear.

If I ever soar away again, it will be in a direction guided by my compass and God's hand.

But I will do so secure in the knowledge that this incarnation of our family will know who I am.

An opening in the clouds is cutting through the bleakness I've known for so long, a ray of light that immolates that fog on impact.

Lots has changed obviously, the solidarity I once banked on terraformed into something unexplored and bracing, begging to be partaken in.

No more tears stinging, no matter how dried our eyes may become. This absence is nearly mended, no recompense necessary.

Another mark on my calendar, another step in a familiar direction. Nostalgia and ambivalence rectified. I'm returning home, and I'll be there soon.