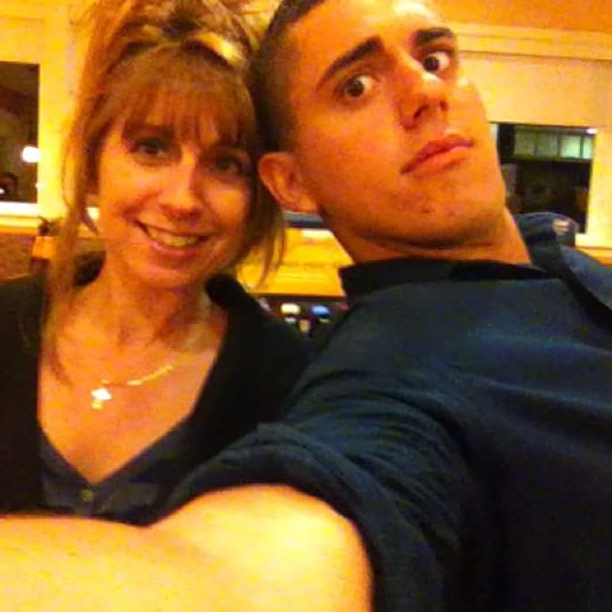 
All Black is our classic motif, garbing us both, peacoat hugging you as tightly as I ever have, as we strolled up the street to the bookstore. Though we're descended from Latin bloodlines, to me you've always seemed vaguely Parisian, aristocratic and certain of your place in the world.

The phrase, "an iron fist in a velvet glove", has always rung true and resonated deeply with me, for I could relate to it. To this day, when anger grips me and a morbid rose clouds my vision, your reason, love and grace drape over me, reminding me that I am more than a ronin.

We'd enter the cafe, and the tea would already await, scented with lavender, spiced with lemons and enhanced by mint. Ice cubes jostled selfishly for space, causing the glass to sweat and the taste to spread.


And I'd sprint, a singular focus planted in my mind like a homing beacon, rushing, as I always am, through the task so that I may to return to my lighthouse beaming eternally through the gloomy fogs of life, whether perched regally at a chestnut table or anxiously sitting at home, awaiting my permanent return.

Before we departed for deployment at the beginning of 2015, we were granted about a month of leave, distributed accordingly across both the tail end of 2014 and the dawning of the new year.

The process of flying home was uneventful. The taxis avoided me as if I had contracted a strain of the world's deadliest, most destructive virus, and was spewing its potent contagions forth from every pore on my body.

When I arrived at the airport, it was nauseatingly near boarding time. As such, I hurriedly devoured a breakfast of trail mix and ginger ale.

After a full day of travel, I was revived by the sight of my beloved mountains. The next two weeks sped by as they always do when one is home on leave.

Propelled by love that has been stymied and repressed for too long, unable to be appreciated over Facebook and phone calls, they carry you speeding into a personal, exclusive Heaven, accessible only to those you hold dearest.

This trip, however, would culminate in anguish, strikingly tinged with hope and the inviolable promise of what the future carried. That morning my Mother was my sole company as we drove to the airport.

Usually my Father wouldve been present, at other times my Aunt. This time though, she was embroiled in work while my Father lay splayed out in bed, combating the onslaught of food poisoning.

This made the ordeal especially excruciating, since it meant that my Mom would be arriving with me, yet returning without me. It wouldn't take a gift for adroit, deductive reasoning to surmise that her and I both were silently suffering.

No voice was granted to our stewing fears of what awaited us because we didn't want to pollute those last, precious moments with unrestrained weeping. We spoke of the weeks prior, how blessed we had been to spend so much time together.

Breakfasts at Bab's Delta Diner, lunches at Mimi's Cafe, and evening tea at Barnes and Noble. Trekking across the Suisun Marina after morning reveries fueled by steak and eggs, pancakes and coffee diluted with heavy creamer. Movies were indulged fanatically, in the living room and at the theatre, especially as the date of my flight loomed ever closer.

We idled in the sparsely occupied parking garage, delaying the inevitable before she finally killed the engine. Grabbing my luggage and hoisting to shoulder level, I noted that the suitcases felt denser, as though a nocturnal prankster had, unbeknownst to me, stuffed them with bricks of lead.

After depositing my bags with the check on personnel, we wearily ascended the efficient escalator. It ran smoothly, as if it was greased every minute, on the minute, with baby oil. As we climbed closer to the monolithic tram that would whisk me away to my plane, I wished desparately for it to have been treated with cement instead.

Noting that I still had 15 minutes before boarding, we meandered nervously. We discussed the atrocious modern art dotting the walls of some touristy exhibit imparting the history of Sacramento.

It never even registered before, but in these fleeting pockets of bonding we became devoted students pursuing doctorates, enveloping ourselves in the minutia of the irrelevant knowledge. Anything to stave off the realization that was speeding full bore towards us with the force of the Titanic at her infamous iceberg.

The alarm she set on her phone began pinging ominously, and the guillotine dropped, beheading us both. There would be no more stalling. Through some blessed miracle, we both maintained our composure, wrapping each other in a crushing hug.

For a moment, I was 5 again, desperately clinging to my Mother's leg, terrified of a world without her.

I was 10, stuck to her, bawling and indifferent to my laughing friends. I was off to Science Camp for 2 weeks. Thrilled and high off the thought of independence, yet still that sensitive little boy at heart.

I was 16, returning from a trip to Texas. Old enough to drive, capable enough in the eyes of the law to be charged with a felony.

Yet, when the truck came to a halt in the driveway, and I seen her emerge from behind the front door, I dove into her embrace as if it had been a lifetime since our last meeting.

All of these emotions surged within my splitting heart and danced before my mind's eye, and I was bucolic and blissful.

As we parted and began drifting our separate ways, I towards the aircraft and she towards the car, I swivelled my head backwards and looked at her one more time.

The world awaited, as did the sea, calling for me to sail, fight, live, and drink deeply of them both.

Yet in that instant all I desired and craved was to be free, to return home with my Mother permanently.

She told me later, after deployment had long ended and I was back again for a short reprieve, that she too had looked back at me before I headed out.

It was divine intervention that we hadn't locked eyes, for if we did, I would have never flown away.