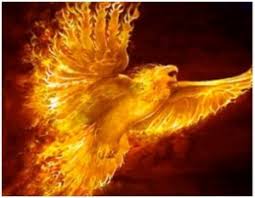 
Today marks an entire decade since I met and courted my first love.

She would introduce me to the storybook romance all kids dreamed of, an episode so brief in its timespan and so intense in its emotional ferocity that it could be considered aside a booming star which, unbeknownst to it, had one foot hanging over an awaiting grave.

At the time of the breakup, I was horrifically crippled and emotionally destitute. I would skip my shifts at whatever menial job I haunted to skulk through the mall, bemoaning the loss of my "true love".

I recorded grandiose epics detailing how I would win her back, scrawling melodramatic lyrics across miles of paper, reams and bindings devolving into tattered remnants of their former selves.

While employed at Chipotle for 3 weeks, I encountered her with her family. The culmination of months of anguish and agony exploded in front of me, as I barely registered on her Richter scale.

Shattered, I ran to the bathroom weeping. As I recant this pitifully amusing tale for the world to see, I'm quaking with silent laughter in the middle of the coffeehouse.

What a little bitch I was.

She'll remain anonymous obviously, shrouded behind a veil of misdirection and allusion.

I loathed her for awhile, for proving to be a callous, impartial guardian with the parts of me I entrusted her with.

Love poems, sent privately over Myspace and mailed traditionally, were shot down and smothered, combusting foreshadows of the precious energy the world would later instruct me not to waste carelessly and flippantly.

I would call my Mother, shrieking, begging to meet and drink tea, to wail and wallow, growing corpulent on the gluttony of my own ridiculous depravity.

I made the mistake/success of confiding in my Father, Uncles, Cousins, and Friends, only to be rebuffed entirely, reminded that I was still drawing breath, to appreciate the blessing, and had testicles between my legs.

Both served as benedictions.

My Mom, Aunts and Grandmothers heaping reassurance and compassion on me, buoying my confidence and drying my tears with light caresses, delicate hands slipped into silken evening gloves.

The men took a different, equally beneficial route. Chiding me became the order of the day, with a heavy dose of hard labor, both in the sweltering yard and the gladitorial atmosphere of the gym.

Bequeathed during these introductory lessons to pure masculinity were such gems as "Man the fuck up", "You're being a little bitch", and my favorite, "You got a new one yet?".

No doubt some perusing this entry are rebuffed and sickened by such brutish, oafish, and inflammatory remarks.

In today's hyper-sensitive society, they are certainly howling, focused narrowed in on such toxicity.

They're politically incorrect, which is exactly why they were essential and necessary.

With time, even the former group, the women of the family, the ones I held and hold closest to my heart, started to mirror the sternness and blunt mannerisms of the men.

At the time it was scalding, and I would regularly retreat to my perennial havens; the bookstore, gym or Marina.

As acceptance and realization sunk in however, the sensitive, exposed flesh of my spirit began to scab and turn ragged, rough and scarred. I grew and matured, and as a result took my first steps toward true manhood.

Today I thank God for all of the searing distress, I praise my family and friends of either gender for their differing approaches, which ultimately bled together to form the boiling river that I would nearly drown in, almost overtaken by the current, before it deposited me at the shores of Strength.

But, predominately, I want to thank her, the muse of this piece.

You shook a boy to his core, obliterated the foundations of what he believed himself to be, fragile and helpless, inconsistent and impotent in the sneering, snarling face of an unknown future.

Because of you he trained until his limbs gave out and his heart bled, to put on display the treasure you'd so ignorantly cast aside.

He shed his shell like an emerging acolyte of self-improvement and self-determination, fearless and charging into the abyss, quill brandished, author of his own story.

I wish you well in turn.

These pieces are usually written in spurts and lulls in my day, and this one is no exception.

Scanning the above words, I've gleaned that I seem self-righteous and indulgent, maybe even spiteful.

That wasn't a chosen intention, but if it leaked through and surreptitiously soaked the page, who am I to remove its presence?

The rule is that there is never a filter, only completely unrestrained honesty, and as always, if that comes at my temporary detriment, so be it.

A few years ago, while home on leave, I sat in the backyard of an old friend that became a Brother, and, over cheap beer and coarse whiskey, we discussed our varied yet familiar pasts.

Wading through the requisite ball busting and judicious joking, we moved on to somber matters, causes of trauma and lingering frustration.

My first love became a major topic, and though I had long since moved on, he insisted that I owed her my entire existence.

After pondering this treasonous thought, I concluded that he was correct. That seemingly insurmountable mountain was the catalyst for major personal growth.

We all choose how we allow life's major events to impact us, whether they will impart wisdom or crash and leave unsightly, irreparable craters on impact.

Because of that failed relationship, that ultimately unrequited love, which, in the perfected perspective of hindsight, were more intangible than solid anyway, I would forever strive to embody the ultimate image of myself.

My Mom seen her on a weekend outing a few months ago, busy at work, engrossed in a task. They stopped and shared a few minutes to laugh, converse and bury.

She's getting married soon, and I couldn't be happier for her. I keep my distance out of respect for the husband to be, because, speaking from personal experience, I wouldn't react too logically or fondly if my girl's ex sent her a friend request.

She's beautiful as always, vivacious and eager to court what awaits them together.

It's a life she was meant for, and one that I avoid at all costs.

God ordained our lives before we were even a thought, let alone conceived, and allows the universe to unfold our stories to us at a nominal pace.

One door slams shut, another swings open gregariously and all that.

There are untold miles of highway stretching before me, a horizon gleaming with unrestrained promise, and I'm ready to ride.

Now bring it to me.