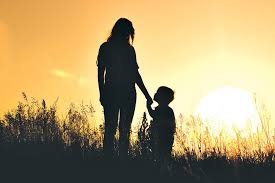 I'm trembling and tremoring with trepidation as I dig deep into my own self-abridged psychosis to recant these stories on paper, digital or otherwise. On the eve of Mother's Day, I solemnly mark another stolid line on my mental chalkboard.

One more annual occasion that I have been absent for, though this stings worse than any passing birthday, wedding, or anniversary that may have escaped me, save for her's, of course.

Searching for strength inspiration, a chronic addiction that has followed me since my Dad first introduced me to Bodybuilding and it's uniquely esoteric culture, I happened upon a random article on the object of the day's fitness inferences, Bruno Sammartino.

Recently inspired by Jamie Lewis' exquisite article on him, a redux of a profile he penned a few years prior, I eagerly and greedily vacuumed up everything I could on the man.

It's often in the pursuit of knowledge relevant only to us that we encounter a hidden landmine, tripped by us inadvertently, possessed as we are by the pressing urgency uniquely born of passion and impatience.

Such was the case here, for as I tore into the opening paragraphs, each unraveling the story of a typical morning in an elderly Bruno Sammartino's life, I was sliced wide open by two sentences, a potently stiff jab followed by a devastating straight right.

The writer recanted how Bruno gazed at an unlit photo of his late Mother, and as he neglected to turn the light on, he teared up. This giant of strength and athletics, an immortal iconoclast of Wrestling, fought to hold his composure as he shakily told the interview, at the age of 75, how much he missed his Mom.

The hero was greater than I, for tears fell freely in the restaurant, soaking and staining my heavily tattooed and calloused hands.

When my thoughts are allowed to wander in whatever direction my unconscious deems appropriate, I am overtaken by a humming worry. When I return home, those that haven't seen me in years are always taken aback by the shift in my countenance.

Gone is the lighthearted youth, the fluttering boy that rode the fluffy clouds of unguarded openness. He had not yet encountered true darkness, compensating by becoming the shadow straddling the precarious line between Heaven and Hell.

This man is stoic, branded irrevocably by reality and the world, enlightened yet disturbed by the violence of which he is capable, and subtly distressed by the pride he takes in his heinous sins, as well as by his fervent unwillingness to part with his bestial side.

This reticence to bid the chaos farewell is not due to some sociopathy or bloodlust, but rather because I can no longer pretend that this world is pure, just and idyllic. This isn't where the Angels roam nor where the Lord dwells.

It is a constant battlefield, and while ignorance of its ills is forgivable, ignoring that malevolence is not. My perspective seems extreme and outlandish to some, while with others it forms an instant kinship and inalienable bond.

Viewing this life through rose-colored glasses not only threatens ones existence, but shields their both their eyes and their vision from the stinging scarlet spilled and shed daily, both ideologically and physically.

Back in 2016, in Coronado, a Sailor stationed onboard the TR committed suicide. I'll spare the reader details, partly because I can't recall them all reliably, but mostly because it's no ones business but the family's. I hardly knew the young man in question, who for the sake of class and privacy will remain nameless.

We had never exchanged more than a courteous head nod as we navigated the endless P-ways littering a Navy ship. He was relegated to a level near polite acquaintance for me, but I would've laid down my life for his, and vice versa, should that be the consequence of our conundrum. He was a distant Brother, but a Brother nonetheless.

Therefore, when the news came over the 1MC that bitter winter morning, echoing ominously, tone thick with grisly recognition, I froze. The CMC requested that, if it was supportable, the various departments and divisions that made up the crew would relinquish as many Sailors as possible to attend the remembrance ceremony being held for his family. As such, I donned my Whites and headed over.

The atmosphere was somber, yet strangely communal. There was just enough of a disconnect present that we could temporarily suspend our collective grief. The enormity of the situation made its presence known powerfully, however, as soon as the lights dimmed and the Chaplain began the services.

Prayers were uttered and proclamations assured, condolences given and understanding granted. A slideshow, covering milestones and accomplishments in the brave young man's life, was presented, eliciting a tsunami of barely concealed wailing. The culmination of the emotional turmoil came at the conclusion of the event.

For all who desired, the opportunity to greet the family themselves and offer your love was available. Though drained, I volunteered and stood in line. The sadness was palpable and unnervingly humid the closer I got to the family themselves. In order stood the Father, a younger Brother, the Mother, and the littlest Brother.

Prepping myself, reminding my heart that our part here was to be stalwart and embody military bearing, to offer compassion for this grieving family, I entered the arena.

The Father's pained, aching eyes bore into my comparably pathetic gaze, his weathered hand squeezing mine in a vice, silently speaking to me of the magnitude of this man's stature and pain. The burden he now shouldered was unenviable and ponderous, and I will feel forever honored to have stood in the same vicinity as his quiet strength, knowing all the while what torturous grief resided irreconcilably within his weary heart.

The second Brother awaited me, lanky body visibly shaking in agony. I could tell in his face that he sought stability and endurance in the uniform we all wore, and I did my best to grant it to him, even if my spirit was breaking with his.

As I shifted left and peeled my stare from the deck, the reinforcements and supports I had erected on my march down the amphitheatre were eradicated by the large blue eyes of his suffering Mother.

To my eternal shame, as I moved to hug her, offering what pittance of comfort I could, I collapsed in her arms. A Mother's love will obliterate any amount of muscular size and sinew, rendering their owner a blubbering heap. Through cascading, flowing tears, I apologized to her, inexplicably and profusely.

Enraged that she had to witness her eldest son leave this plane before she did. Infuriated at myself for my own disgusting display of emotional weakness. Despondent that, this woman, who reminded me of my own Angel Mother, would henceforth eternally wait on the edge of the pier, arduously anticipating a homecoming that would never come to fruition.

"It's okay", she cooed softly into my ear, and in that moment my suspicions were affirmed.

No matter how strong I get, how much weight I gain, or how advanced my fighting skills become, I would never obtain a modicum of an ounce of one one-hundredth of this woman's strength.

I peeled myself from her, and trudged to the youngest son, no older than 14. I shot my quivering hand forward to take his, and he leapt in response, engulfing me in an encompassing hug.

I held him in response, a pale imitation of his eldest brother, before he stepped back and nodded. I shuffled forward, the CMC squeezing my shoulder reassuringly as I headed towards the pinpricks of fading light peeking through the doors.